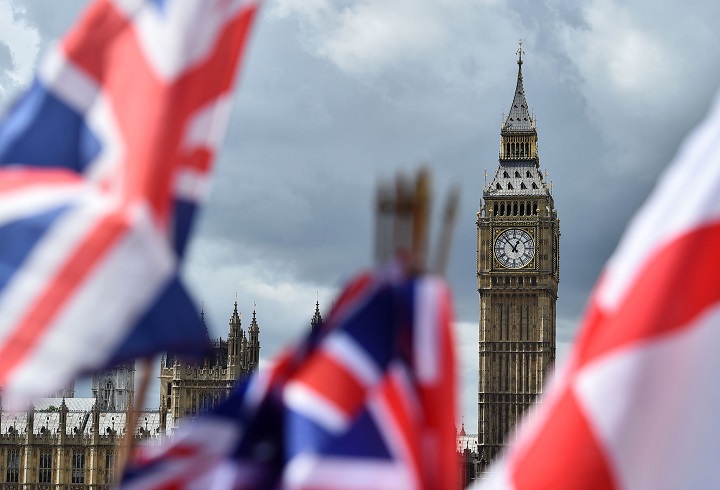 Official data showed that Britain’s economy shrank 9.9% in 2020, in the largest annual decline in production since recent records began, but it avoided a return to recession in the last quarter of the year.

The decline, which comes at a time when the British economy is still burdened with restrictions imposed to combat the Corona virus, is the largest since 1709, when a cold wave known as the “Great Frost” destroyed what was then a largely agricultural economy.

The Office for National Statistics revealed today, Friday, that Britain’s gross domestic product (GDP) grew 1 percent in the period between October and December, compared to the previous quarter, and compared with the average forecast of economists in a Reuters poll for 0.5 percent growth.

This makes it unlikely that Britain will witness a contraction for two consecutive quarters, which is the standard definition of a recession in Europe, although the economy is heading to contract strongly in early 2021 due to the effects of the third general lockdown to combat the outbreak of the epidemic.

British Treasury Secretary Rishi Sunak said in a statement today, Friday: “Today’s figures show that the economy has been subjected to a serious shock as a result of the epidemic felt by countries around the world,” adding: “While there are some positive signs of the resilience of the economy during the winter season, we know. The current shutdown is still having a major impact on many people and companies. “

Covid-19 has hit the British economy stronger than most other industrialized democracies, as the GDP in France contracted by 8.3% last year, in Germany by 5% and in the United States 3.5%.

The service sector, which accounts for about 80% of the UK economy, shrank 8.9% last year, with the production of accommodation, food and beverage companies dropping by more than 55% from last February’s levels, while manufacturing fell 8.6% and construction 12.5%. .

Minister Sunak said that his priority is still to protect as many jobs as possible from the impact of the Coronavirus pandemic, as he prepares for his second round of economic support, which will be announced in the budget of March 3.