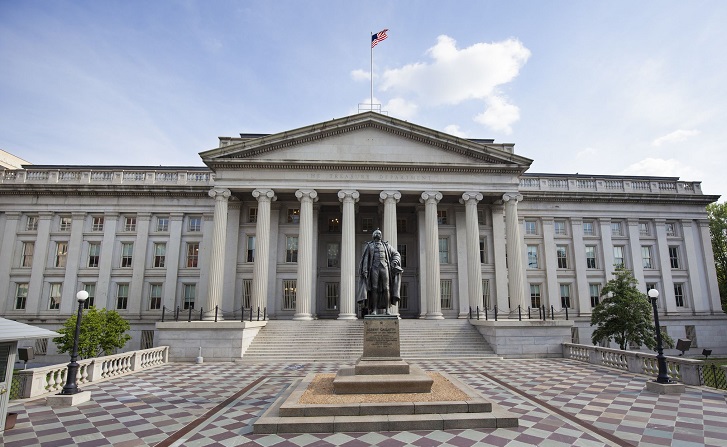 The US Treasury said on Wednesday that the federal government’s budget deficit amounted to 311 billion dollars last February, recording a record peak for the month and $ 76 billion higher than a year ago, in light of the continued growth of expenditures to combat the Coronavirus pandemic.

Revenues increased last February 32% from the year-earlier period to $248 billion, while spending rose by the same to $ 559 billion, with the biggest increases for unemployment benefit-related costs and health expenditures.

In the first five months of fiscal year 2021, the deficit rose 68% to a record high of $ 1.047 trillion, surpassing the previous peak of $ 652 billion, recorded in the period from October to February of the 2010 fiscal year.

The anticipated $ 1.9 trillion economic stimulus package is expected to increase the deficit further, but it is expected to support the growth of the US economy by paying direct cash payments to most American families and extending the disbursement of benefits to the unemployed.

The US House of Representatives gave its final approval yesterday, Wednesday, to one of the largest economic stimulus programs in the history of the United States, and the plan aims to provide relief from the repercussions of “Covid-19”.

On Friday, US President Joe Biden will issue this huge plan, whose value is equivalent to Italy’s GDP.