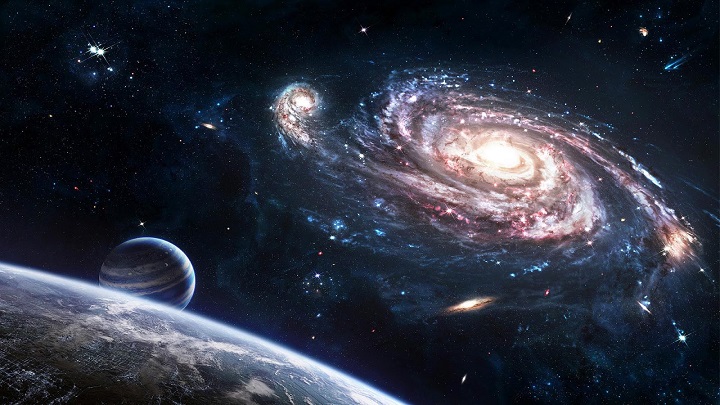 More than 6 billion years ago, the outskirts of the Milky Way were the safest places for the development of possible life forms, sheltered from the most violent explosions in the universe: gamma-ray bursts and supernovae.

This is demonstrated by a new study, led by researchers from INAF and the University of Insubria in Italy, which investigates the incidence of these events throughout the evolution of our galaxy

The best place and time

The joint team studied the early history of the Milky Way galaxy in which the planets of the solar system, including Earth, are located, and the effects of violent cosmic explosions such as gamma-ray bursts and supernovae on the Milky Way and planet Earth.

According to the results of the study, scientists revealed that more than 6 billion years ago, the Milky Way, which contained relatively few planets, the areas on its outskirts were the safest for the emergence of life.

Not too safe though: this study supports the hypothesis that a gamma-ray burst may have caused the first of the five great mass extinctions on Earth, which occurred 445 million years ago.

“Our work shows that, until 6 billion years ago, excluding the peripheral regions of the Milky Way, which had relatively few planets, due to high star formation and low metallicity, planets were subject to many explosive events able to trigger a mass extinction”, Said Spinelli, from University of Insubria and the National Institute of Astrophysics.

Both supernovae and Gamma-ray bursts are linked to the life cycle of stars, and in particular to their death.

Supernova is an astronomical event that occurs when a star much more massive than the Sun reaches the end of its life and explodes, or when a white dwarf – the remnant of less massive stars, such as the Sun – explodes after accreting mass from a companion in a binary system.

This results in a spherical cloud forming around the star that is extremely bright from plasma, and the energy of the explosion quickly diffuses into space and turns into invisible objects within weeks or months.

Gamma-ray bursts, on the other hand, is an intense flash of high-energy radiation emitted when a very massive and rapidly rotating star dies, or when two neutron stars, or a neutron star and a black hole – both remnants of massive stars – merge..

The energy released by  Gamma-ray bursts and supernovae is enormous. A supernova releases, in the high energy band, as much energy as the Milky Way, which contains hundreds of billions of stars, emits in a few hours.

A  Gamma-ray burst, in 10 seconds, emits what our galaxy does in a century.

“Excluding the very central regions, less than 6500 light-years from the galactic center, where supernova explosions are more frequent, our study suggests that evolutionary pressure in each epoch is determined by Gamma-ray bursts mainly”, Spinelli says. “Although they are much rarer events than supernovae, Gamma-ray bursts are able to cause a mass extinction from larger distances: being the most energetic events, they are the bazookas with the longest range”.

The effect on a planet like Earth would be catastrophic. Several studies suggest that the gamma radiation released by a Gamma-ray bursts within 3300 light years from Earth would destroy the ozone layer in the atmosphere: without this protection, the planet would be exposed to the Sun’s ultraviolet radiation which could trigger the extinction of almost all life forms on the surface.

Spinelli added, “the destruction of the ozone layer would produce nitrogen compounds. These would reduce the visible sunlight thus causing global cooling”.

For these reasons, several studies proposed that the first of the five mass extinctions that affected Earth, the Late Ordovician mass extinction, about 445 million years ago, was caused by a Gamma-ray burst.