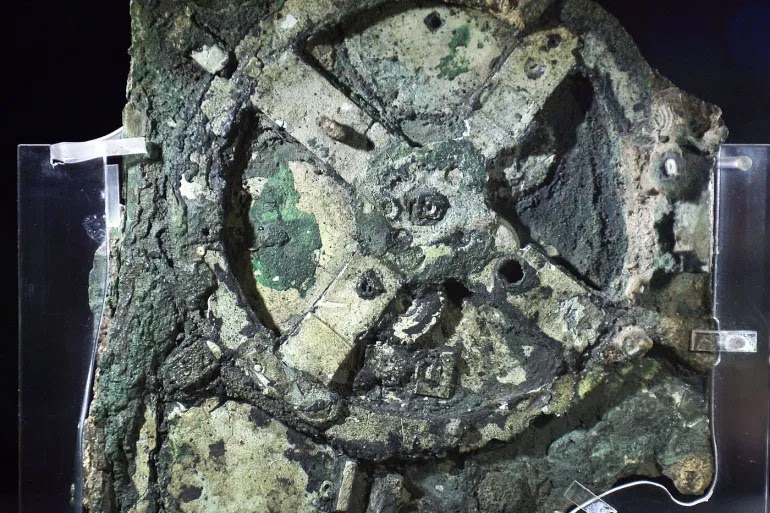 Researchers around the world have been wondering about the Antikythera machine more than a century ago, as it was discovered by divers in 1901 and was considered the first computer in the world to be designed 2,000 years ago.

Today, scientists from UCL, which is internationally recognized for its academic excellence, believe that they have solved the mystery of this pioneering calculator, according to a report by the French newspaper Le Point.

To test whether their proposal works, they decided to reconstruct the device, a replica with modern machinery, and aim to do the same with techniques from antiquity.

The hand-powered, 2,000-year-old device displayed the motion of the universe, predicting the movement of the five known planets, the phases of the moon and the solar and lunar eclipses.

This supercomputer was discovered in the middle of a treasure found in a merchant ship that sank off the Greek island of Antikythera. The battered fragments of corroded brass were barely noticed at first, but decades of scholarly work have revealed the object to be a masterpiece of mechanical engineering. Originally encased in a wooden box one foot tall, the mechanism was covered in inscriptions – a built-in user’s manual – and contained more than 30 bronze gearwheels connected to dials and pointers. Turn the handle and the heavens, as known to the Greeks, swung into motion. 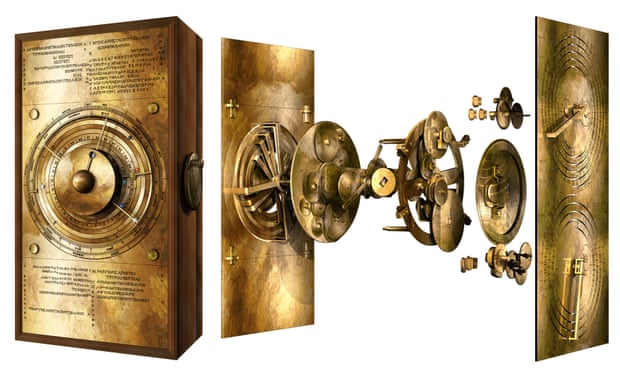 However, two-thirds of the structure has yet to be found. After decades of academic work, scientists concluded that this discovery was indeed a masterpiece of mechanical engineering.

Michael Wright, a former curator of mechanical engineering at the Science Museum in London, pieced together much of how the mechanism operated and built a working replica, but researchers have never had a complete understanding of how the device functioned. Their efforts have not been helped by the remnants surviving in 82 separate fragments, making the task of rebuilding it equivalent to solving a battered 3D puzzle that has most of its pieces missing.

To achieve a better result, UCL teams combined the illustrious curator’s work with engravings. They discovered the mechanism and a mathematical method described by the ancient Greek philosopher Parmenides, as they explained in the journal Scientific Reports.

According to the team, the mechanism may have displayed the movement of the sun, moon and the planets Mercury, Venus, Mars, Jupiter and Saturn on concentric rings. Because the device assumed that the sun and planets revolved around Earth, their paths were far more difficult to reproduce with gearwheels than if the sun was placed at the centre. 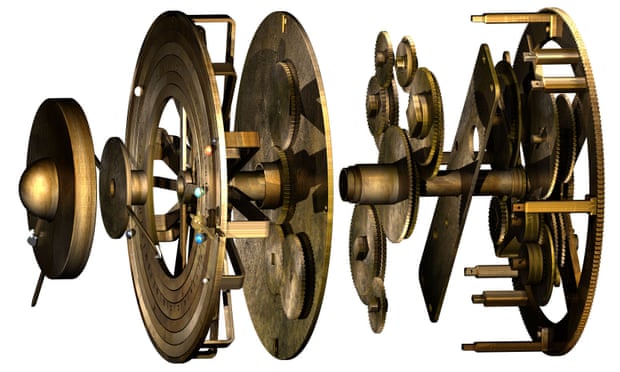 UCL teams have yet to research the materials used by manufacturers to develop such a device.

Whether or not the model works, more mysteries remain. It is unclear whether the Antikythera mechanism was a toy, a teaching tool or had some other purpose. And if the ancient Greeks were capable of such mechanical devices, what else did they do with the knowledge?

“Although metal is precious, and so would have been recycled, it is odd that nothing remotely similar has been found or dug up,” Wojcik said. “If they had the tech to make the Antikythera mechanism, why did they not extend this tech to devising other machines, such as clocks?”