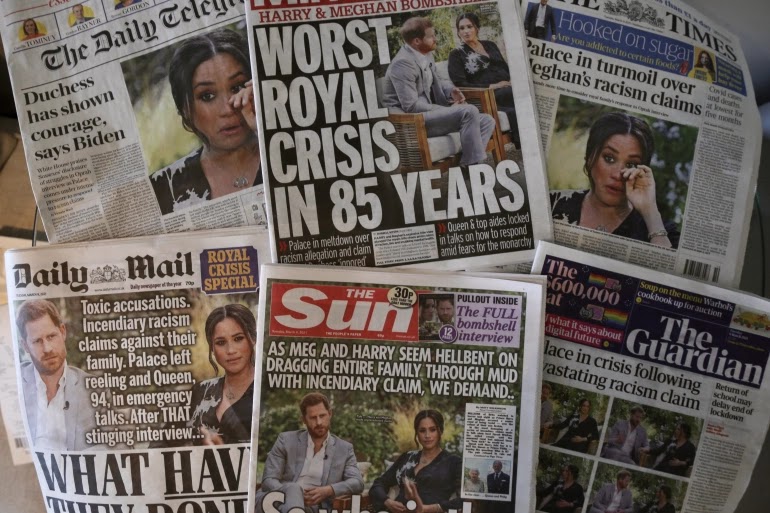 The Times reported that the claim of the Duke and Duchess of Sussex – the grandson of Queen Harry and his wife Megan about racism in the heart of the royal family – has led to an increase in demands in the former Caribbean colonies to bring down the queen as the head of state there.

The report indicated that the Queen remains the head of state in the Caribbean, in the countries of Barbados, Antigua, Barbuda, the Bahamas, Belize, Grenada, Jamaica, Saint Kitts and Nevis, Saint Lucia, Saint Vincent and the Grenadines.

The newspaper went further, saying that international condemnation of what the couple narrated during a TV interview that a member of the royal family asked them about the tan complexion of their unborn son might undermine the position of the Commonwealth.

For their part, the Republicans in Australia renewed their campaign to break the constitutional ties with the United Kingdom, while in Canada there is increasing disappointment with the Queen’s position after the broadcast of the Oprah Winfrey interview.

The newspaper mentioned that during the interview, Megan spoke about her ordeal, especially because the Commonwealth is an important element in the monarchy, and the Duchess said that she could not understand why the royal family did not view her race as “an additional benefit and the embodiment of the world today.”