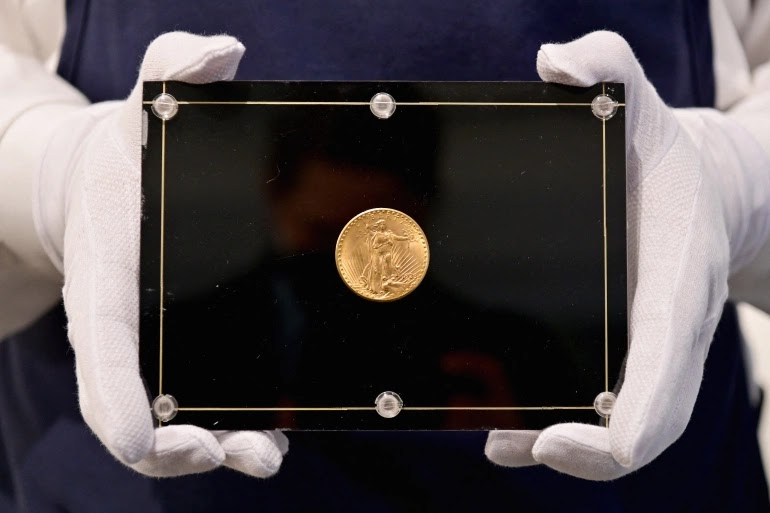 American gold coin valued between 10 to 15 million dollars will be put for sale on the 8th of next June, at an auction organized by “Sotheby’s” house.

This piece – which belongs to the last series of gold coins minted in the United States in 1933, called “double eagle” coin – may become the most expensive coin in the world, ahead of the silver dollar “Flowing Hair” that was minted by the US monetary authorities in 1794, and it was sold for $ 10 million in 2013.

This gold coin was not circulated at all, as the US President at that time Franklin Roosevelt ended the convertibility of the American gold currency.

However, some of them appeared on the market of collectors before the US intelligence confiscated them, with the exception of a piece of the “Double Eagle” coin that was included in the collection of coins belonging to King Farouk of Egypt.

In 1995, a British collector bought this gold-plated coin, and after a 5-year legal battle, he was allowed to legally sell it in 2002 to its current owner, American designer Stuart Weitzman for $ 7.9 million.