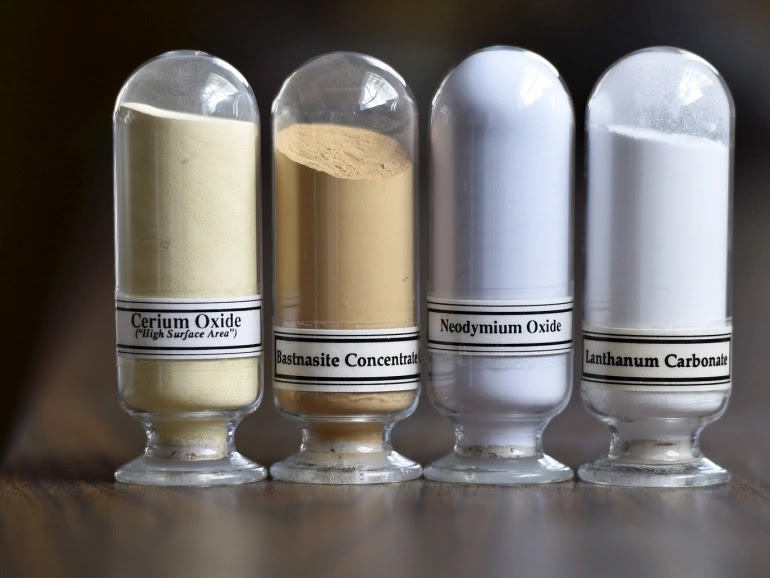 China repeatedly threatens to ban the export of rare metals, and uses this as a soft leverage, but igniting the conflict will be a double-edged sword, and it may harm Chinese strategic interests.

In a report published by the French newspaper “Le Monde”, writer Jean-Michel Bezat says that China currently possesses 80% of the world’s rare minerals, and it poses a real threat to the United States, given the importance of these minerals in many modern vital industries.

Rare earth minerals are a group of 17 chemical elements extracted from the earth’s crust, and their scarcity lies in the limited places from which they are extracted, and they were first discovered in the late 18th century in Sweden.

Rare earth metals are used in multiple industries, from medical products such as cancer drugs, to high-tech products and military hardware.

The largest in the world

China has the largest processing plants for rare earths in the world, and it is at the forefront of the few countries producing this type of minerals, as it monopolizes nearly half of the global reserves of rare earths.

In 2002, the United States closed the Mountain Pass rare minerals mine in California, which symbolized US control over the production of minerals that have become vital to the automotive industry, telecommunications, renewable energies and armament, due to cost and pollution risks.

Although it reopened in 2010, its production capacity is not currently comparable to the mines of the Baotou region in Inner Mongolia, which has been dubbed the “Silicon Valley of Rare Minerals”.

This issue raised the concern of former US President Donald Trump, which prompted him to propose to purchase the island of Greenland, which is rich in these precious resources.

In 2019, China threatened to reduce exports of rare metals to the United States, in response to the ban of the “Huawei” company, and during the past days, Beijing issued a similar threat to dissuade Washington from selling F-35 fighters to Taiwan, China also plans to ban exports to countries hostile to mineral refining technologies.

China is engaged in this non-armed conflict calmly and imposes its conditions, in clear violation of the rules of the World Trade Organization, and the risks have increased to basic metals such as permanent magnets used in electric cars, jet engines, wind turbines and medical imaging devices.

The problem is not only related to Chinese threats, but also to the increase in global consumption rates of rare metals and the lack of alternatives.

The United States has worked to open some mines in friendly countries such as Australia, Argentina and Canada, but these activities are expensive and subject to strict environmental standards, and cannot meet the increasing need for rare minerals.

China is not the first country to resort to a policy of “nationalizing” wealth, as a means of pressure. Rather, it was preceded by African and Asian countries in the post-colonial period, during the 1950s and 1960s.

But the difference is that China today have a great economic and military power that supports its ambitions, protects its interests, and enables it to maneuver and pressure, unlike the African and Asian countries in the post-colonial period.

Perhaps the only previous successful example of using the raw materials weapon as an effective weapon at an international level – according to the author – is the embargo imposed by the Arab oil states in 1973 against “Israel’s allies.”

However, does Beijing really intend to use this weapon? The author believes that this is possible in the event of an armed conflict over Taiwan, for example, but it will be a double-edged sword, because China has an interest in selling its manufactured products and not pushing the West to search for alternative solutions.