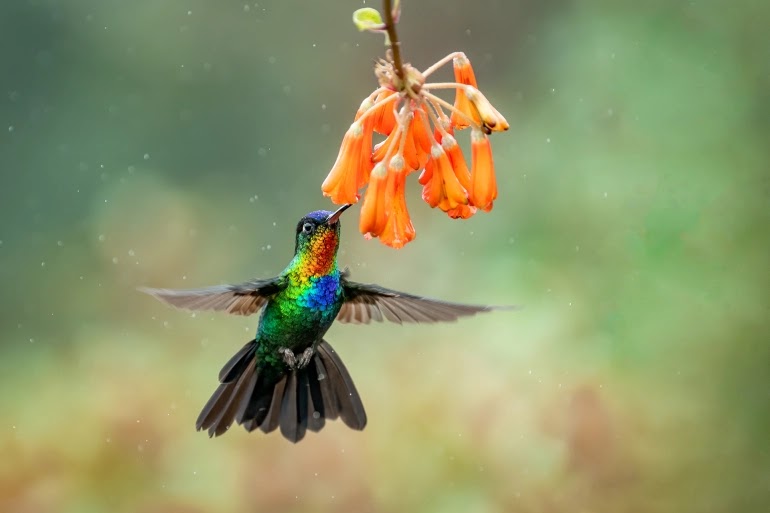 As soon as you hear their sound, you can immediately distinguish them from other types of birds, but the reason behind the humming of hummingbirds has remained a mystery that scientists interpret it to this day.

The main reason appears to be the forces of air dynamics, and hence the change in pressure produced when the wings move.

This is according to the results of the research conducted by scientists from Stanford University and Eindhoven University of Technology, in partnership with the Dutch company Sorama, which was published in the eLife journal on March 6, 2021. After experiments with a species known as Anna’s hummingbird.

David Lentink, the assistant professor of mechanical engineering at Stanford University and a co-author of the research, says that while the hum was known to be linked to the movement of the wings, it was previously unclear what exactly was behind the sound. Pressure changes generated by the flapping, vortices in the air flow, and whistling sounds from the feathers themselves were all among the possibilities.

The team placed more than 2,000 microphones and high-speed cameras around a cage in which 6 hummingbirds feed on an artificial flower, which allowed them to capture the sounds emanating from the birds and then create a three-dimensional sound map, linking it to the wings movement captured by the cameras.

To explore what was driving the sounds, the team sought to measure the lift and drag forces produced by the flapping of the wings. To do this they created another experiment in which the birds were surrounded by pressure plates, as well as high-speed cameras, and monitored as they hovered. This picked up the size of the pressure forces produced and how they changed over time.

When the researchers combined the information about the forces with the movement of the birds’ wings, they were able to predict the sounds that would arise from these factors alone, and then compare it to the 3D sound map resulting from the first experiment.

The results revealed that the aerodynamic forces produced during wing movement, along with the velocity and direction of wing movement, are largely sufficient to explain the resonance. 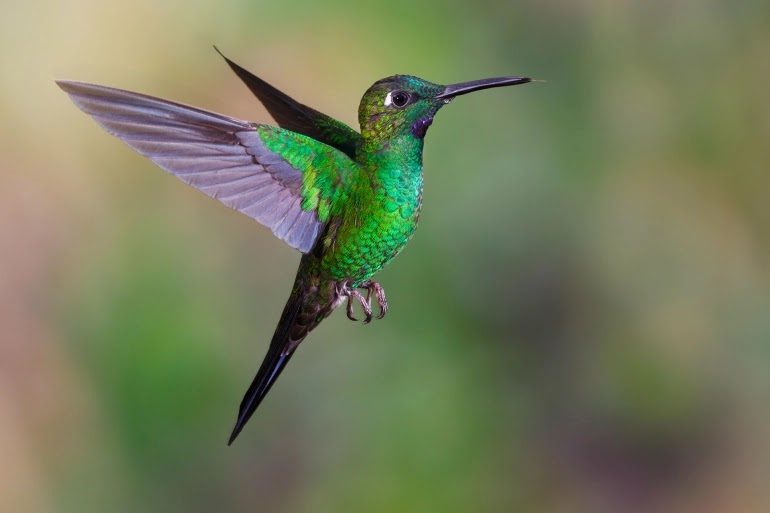 The secret is in the movement of the wings

The team note a crucial factor is the motion of a hummingbird’s wings. While most birds only create lift on the downstroke – found by the team to be the primary sound source – hummingbirds do so on the down and upstroke as a result of their unusual wing motion, which follows a path akin to a U-shaped smile.

Moreover, these beats occur much faster in hummingbirds (about 40 times per second), and as a result, the team says that the movement of a hummingbird’s wing generates sounds at both 40Hz and 80Hz, which they found to be the main components of the hummingbird.

But the fluctuation of forces in wing strokes, and the effect of U-shaped wing movement, generated higher frequency tones for these sounds.

“The lovely thing about the hummingbirds’ complex wingstroke is that those two primary pulses also cause even higher harmonics,” said Lentink, adding that such tones added to the timbre of the overall sound.

The team applied a simplified version of their theory to data on flying creatures from mosquitoes, to birds such as pigeons, to reveal the reason for their movement to produce different sounds.

“It is the different way in which the thrust forces are generated, which gives each bird a different sound,” said Lentink.