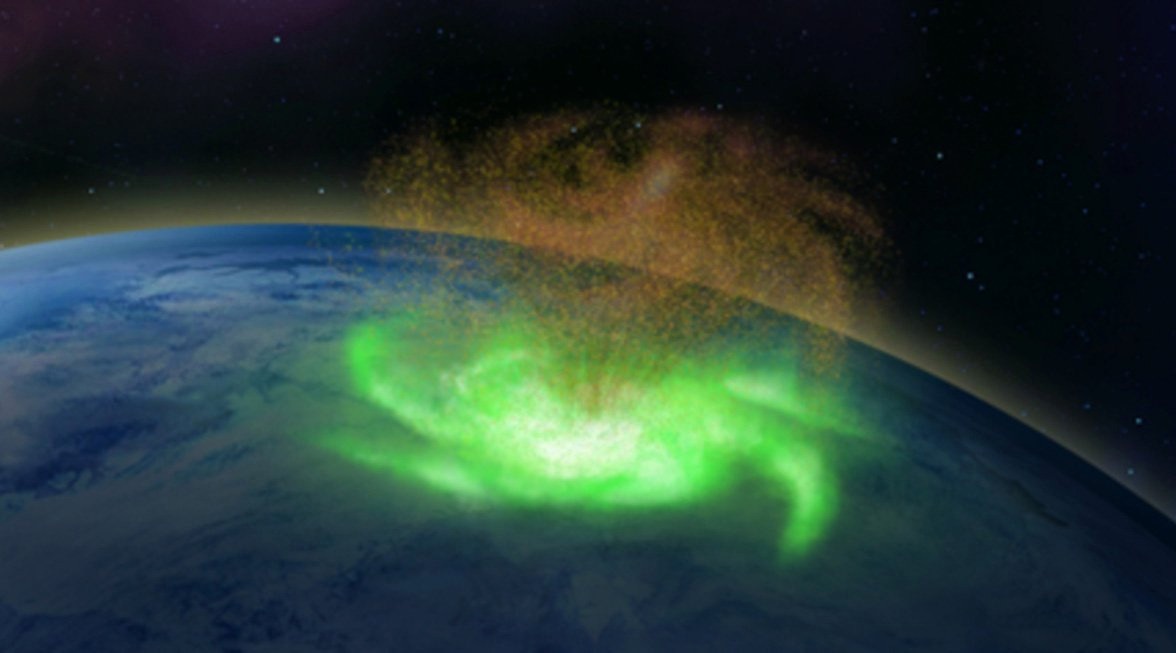 Hurricanes are most common in the Earth’s lower atmosphere, and are represented in strong climatic conditions that revolve around a relatively calm axis, accompanied by strong winds and heavy rain, and they can cause enormous damage in a very short time.

It is also common in other planets as well, as the planets of Jupiter and Saturn – in particular – are very turbulent planets, not to mention the roar of plasma hurricanes in the depths of the Sun’s atmosphere.

However, for the first time, an international team detected a hurricane in Earth’s upper atmosphere, and the team published the results of its study in Nature Communications.

Their study indicates that in 2014 satellites recorded a flood of plasma stretching high in the Earth’s magnetosphere that lasted for hours before disappearing. Although we’ve never seen anything like this before, its observation indicates that so-called space hurricanes could be a common planetary phenomenon.

In the press release issued by the university on March 1,  Professor Mike Lockwood, space scientist at the University of Reading, said: “Until now, it was uncertain that space plasma hurricanes even existed, so to prove this with such a striking observation is incredible”.

New observations reveal that space hurricanes are no different from those in the lower atmosphere.

Previous discoveries were made in 2014 through a reference analysis led by Shandong University of China. According to the data at the time, the hurricane appeared over the north pole of the Earth and extended a diameter of 1,000 km, and its height ranged from 110 km to 860 km.

It consisted of plasma with multiple vortices, rotating counterclockwise at speeds of 2,100 meters per second, yet the axis was nearly stationary, just as it is in tornadoes at lower altitudes. 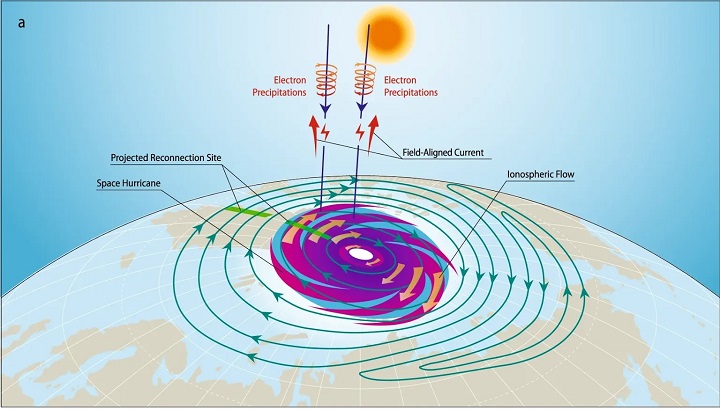 Unlike other hurricanes, the space cyclone injects electrons into the ionosphere. This had an amazing effect, a huge auroras in the form of a whirlwind under the hurricane, and this phenomenon lasted for about 8 hours, and led to the accumulation of huge amounts of energy and activity in the ionosphere.

Conditions were otherwise calm, which posed a mystery, as the fall of charged particles into the ionosphere from the solar wind is what usually produces a glowing green aurora at the North Pole, but the solar conditions at that time were relatively calm, so the team resorted to modeling to determine The cause of plasma disturbance.

As Lockwood explained in the statement, “Tropical storms are associated with huge amounts of energy, and these space hurricanes must be created by unusually large and rapid transfer of solar wind energy and charged particles into the Earth’s upper atmosphere.”

In fact, a calm solar wind may be the cause, as it allows for more efficient magnetic reconnection, which also means that such storms may be very common.

“Plasma and magnetic fields in the atmosphere of planets exist throughout the universe, so the findings suggest space hurricanes should be a widespread phenomena.” Lockwood says.

There are indications in the research results that have to do with Earth as well. Knowing that auroras could be a product of space hurricanes, and what these auroras look like, can help us identify other similar storms in the future.

These evidence also show that even when the geomagnetic conditions are relatively calm, space can wage severe weather, which can affect life on Earth.

Professor Qing-He Zhang, lead author of the research at Shandong University, said: “This study suggests that there are still existing local intense geomagnetic disturbance and energy depositions which is comparable to that during super storms. This will update our understanding of the solar wind-magnetosphere-ionosphere coupling process under extremely quiet geomagnetic conditions.