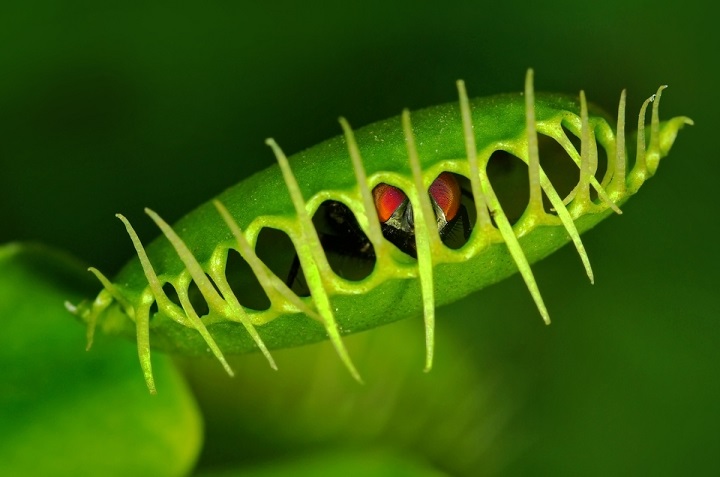 Researchers from Nanyang Technological University in Singapore have created a device that can conduct electrical signals to and from plants, allowing communication with them.

The device detailed in two separate research papers will not allow you to talk to a litmus tree, but it can monitor how the plant responds to its environment.

In order to achieve this feat, researchers had to figure out how to measure electrical signals emitted by plants.

Usually, electrical stimulation is done through the electrodes, but they cannot be used in this case, because the surface of the plant is littered with protrusions making it difficult for the electrodes to remain connected.

To address this problem, researchers have developed a gel-like electrode that can attach to the surface of plants.

When the biodegradable electrode was tested on the Venus flytrap plant, the pole succeeded in transmitting the signals emitted from the plant, but the researchers did not stop there. They actually tried to “talk” with the plant, and they succeeded in getting the plant to close its leaves when It pulses at a certain frequency across the electrode.

In a previous study published in the journal Nature Electronics, researchers were also able to attach the Venus trap to a robotic arm and instruct it to close and capture a piece of wire.

The study’s co-lead author Professor Luo Xianjun said in a statement “The device can now adhere to more types of plant surfaces, and more safely, which represents an important step forward in the field of plant electrophysiology.” adding that “It opens up new opportunities for plant-based technologies”.

Researchers hope their work on active crop monitoring devices that can help combat food insecurity due to climate change will help.

“By monitoring the electrical signals of the stations, we may be able to detect potential distress signals and distortions,” said senior researcher Professor Chen Xiaodong.

“When used in agriculture, farmers may discover when the disease is in the process of progression, even before the full symptoms appear on crops, such as yellow leaves, and this may give us the opportunity to work quickly to increase crop productivity to the maximum extent possible,” he added.

Moreover, this technology could have applications in robotics, where scientists can create plant robots that can gently capture fragile bodies.