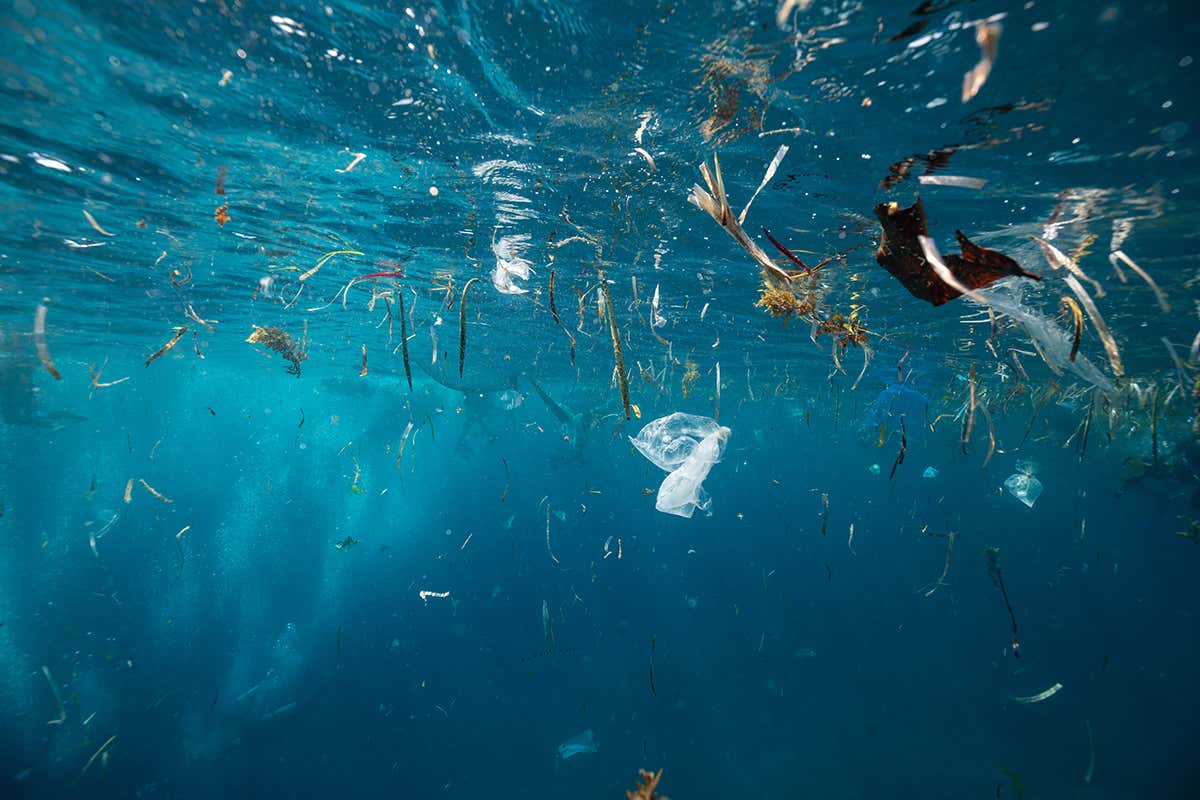 The use of plastic is increasing year after year, and statistics show that plastic production has exceeded 368 million tons in 2019. In addition, plastic waste is not disposed off properly, which increases its spread in our vital surroundings.

Plastic breaks down into small particles known as microplastics, reaching a size of less than 5 millimeters, and also including nanoplastic particles smaller than one micrometer, and these small particles are scattered almost everywhere, from the air we breathe, to the water and food that we eat.

Recent evidence indicates that humans constantly inhale and swallow micro-plastic particles, but we do not know the effect of these micro-particles on human health, as they are scattered across the deepest ocean trenches and the highest mountains, and are found in fish, insects, whales, coral reefs, and it even appears in the human placenta.

In view of the astonishing accumulation of these plastic particles in all of the Earth’s environments, in addition to the call launched by the World Health Organization in 2019 to conduct further evaluation of the potential impacts of microplastics on human health; A number of recent scientific articles have been exposed to the risks that the spread of plastic microscopy carries on human health. Initial results revealed reasons for concern.

Recently, an opinion article published in the journal Science on February 12 alerted the possibility of these tiny particles turning into a harmful health crisis. Despite the absence of evidence that they are severe immediate toxins, the study researchers warn of exposure of humans and living organisms to these microplastic particles for long periods.

According to the report published by the “Science Alert” website, scientists ascribe the damage these particles carry to human exposure – over a period of years – to a continuous and increasing number of these substances. Which increases its concentration inside the body.

Although the body gets rid of the larger plastics, it is the smaller particles that carry the greatest toxicity on the body, the researchers noted. In a previous research paper published in the journal Ecological Applications in 2020, scientists also indicated that studies based on smaller plastic particles may discover harmful effects.

According to the report published by The Conversation, the danger of these molecules is due to “their ease of penetration through the cell membrane, and then causing harmful effects such as inflammation, and they are also easily consumed by small organisms.”

The difficulty of the problem lies in our inability to separate micro and nanoplastic particles by current technologies, and hence the difficulty of studying their health effects, as mentioned in the recent study. We also don’t know if there are any effects associated with levels of exposure to these particles.

Studies of human cells cultured in the laboratory and of rodents and aquatic species have indicated that plastic particles less than 10 μm can easily transfer from the lumen of the intestine to the lymphatic system and the circulatory system. This causes an increase in the accumulation of these particles in body tissues, such as the liver, kidneys and brain.

A recent review, published in the journal Nanomaterials, on February 16, concluded that the risk of micro-plastic particles decay inside our bodies as a result of their interaction completely differently from what they do outside the body.

Those studies conducted on human and rodent cells showed some of the toxicity carried by the microscopic plastic particles, which led to inflammation, cell damage and stimulation of immune responses, and some of the neurological and metabolic effects as a result of continuous exposure to these substances. Workers exposed to large amounts of plastic dust also suffered in Plastic plants had similar symptoms, including inflammation and allergies.

There is another danger that results from carrying these tiny particles to any of the other toxic substances, such as phthalates, antibiotic-resistant bacteria or viruses, during their journey inside the body, which interfere with the microbial organisms present inside our bodies.

Hence, we are facing a multi-factor problem that requires more attention. In addition to scientists’ efforts to study the effects of micro-plastics on the environment and health, governments, industrialists and consumers must also pursue ways to reduce the further spread of plastic materials in our vital environment.