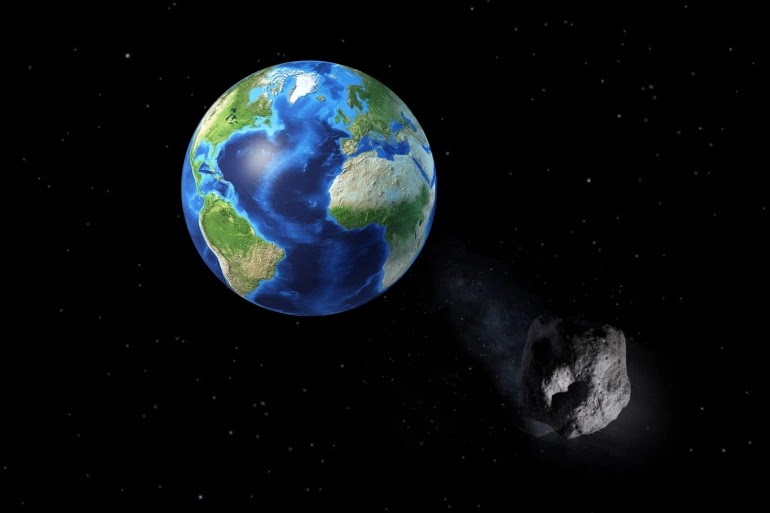 The asteroid “2001 FO 32”, which was discovered in 2001, is considered “potentially dangerous”, even though the risk of a collision with our planet is zero.

Astronomers can follow the asteroid using telescopes as it passes near the Earth on March 21.

It does not pose a real danger

Scientists are confident that this asteroid, which has a diameter of less than one kilometer, and is expected to pass close to the Earth on Sunday March 21, with a distance of two million kilometers, does not pose any real danger, knowing that it is the largest celestial body approaching our planet since the beginning of the year.

While this event will not change conditions in our solar system, it represents an exciting opportunity for astronomers to closely study this asteroid.

The asteroid “2001 FO 32” will pass at a speed of 124,000 km/h, which makes it faster than most other objects that cross the surrounding space of our planet, according to the US Space Research Agency NASA.

NASA has stressed that there is no potential danger from this date, as at the closest point to our planet, this asteroid will be more than 5 times farther away from us than the moon. However, scientific criteria make this planet classified as a “potentially dangerous”.

An opportunity to learn a lot

This asteroid was discovered in 2001 and has been under constant observation of astronomers. Lance Benner, a scientist at NASA’s Jet Propulsion Laboratory, which has a branch for the study of near-Earth objects, announced that the information currently available about this orb is scarce.

Therefore, its passage in close proximity to the earth will represent a golden opportunity to know more about it, by studying the reflected light on its surface, which will enable scientists to better understand its composition.

“Amateur astronomers in the southern hemisphere and at low northern latitudes should be able to see this asteroid using moderate-sized telescopes,” CNEOS director Paul Chodas said in a statement.

NASA confirms that all the celestial bodies that have been observed so far there are no possibilities of colliding with the planet Earth during the next century, and there is a very low probability that the bodies not yet observed will cause a danger.

By continuing to gather information about these objects, astronomers were able to better prepare for the possibility of changing their course if they were to pose a threat to the planet.