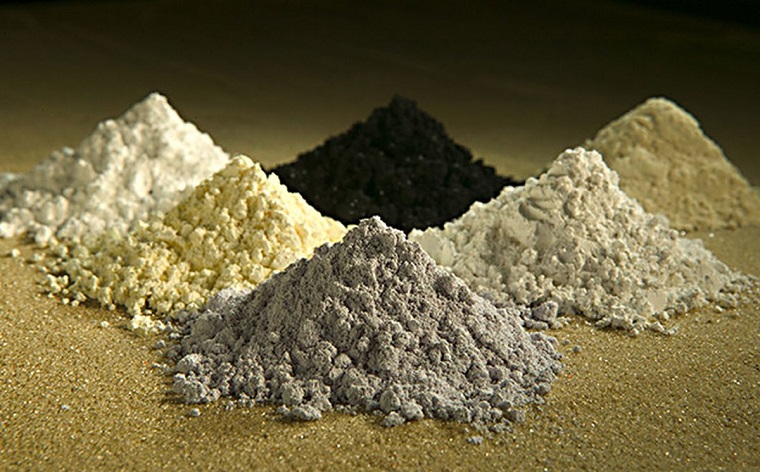 In order to reduce its dependence on China, the United States is investing in mining projects in Canada to produce rare earth minerals necessary for the industrial sector, and has also resumed the exploitation of the only mine located in California, which has been suspended since 2015.

In the report published by the French newspaper “La Croix”, Alain Guillemoles said that in light of the tension between the two leading economic powers in the world, the United States is encouraging American companies to invest in the production of rare metals in order to get rid of their dependence on China.

On March 18, the US Department of Commerce held a meeting with US mining groups and major industrial companies such as Tesla to encourage them to invest in establishing a new production capacity for precious metals in Canada.

“USA Rare Earth” announced on March 11 that it will invest in “Search Minerals”, a Canadian mining company, to jointly exploit a future mine located on the island of Newfoundland (eastern Canada).

“Search Mineral” is prospecting for precious metals in a mineral-rich area 63 km long, but only 2 km wide. The two companies said in a joint statement that their goal is “to develop a supply chain for biomaterials in North America.”

China has a virtual monopoly on the production of rare earths. Against the backdrop of escalating trade tensions, Beijing threatened Washington on several occasions to impose a ban on the supply of rare metals. This prompted the United States to pledge to acquire new production capabilities in this field.

In 2018, the United States, with support from the Department of Defense, resumed exploitation of an old mine in Mountain Pass, California, on the Nevada border.

This mine was between 1965 and 1995 among the first mines in the world specialized in the production of rare earth minerals, before its bankruptcy in 2015 due to the decline in the prices of these minerals at the time.

The mine resumed operations in 2018 after it was acquired by the MP Materials business consortium, which clearly stated its aspiration to “restore the entire supply chain of rare metals in the USA”.

“The Mountain Pass Mine is the only integrated site for mining and processing rare metals in North America, and our success will contribute to labor resettlement, national security, and future carbon emissions reduction,” MBMaterials said.

Mining operations at the site have resumed, and MBMaterials are investing in new processing capabilities that will be ready for exploitation by 2022. Once the site reaches its full operational capacity, the United States is expected to provide 16% of the world’s rare earth minerals production.

Due to environmental restrictions, it is difficult to establish additional production sites in the United States, and this may have prompted the US government to encourage the development of production across its northern border in Canada.