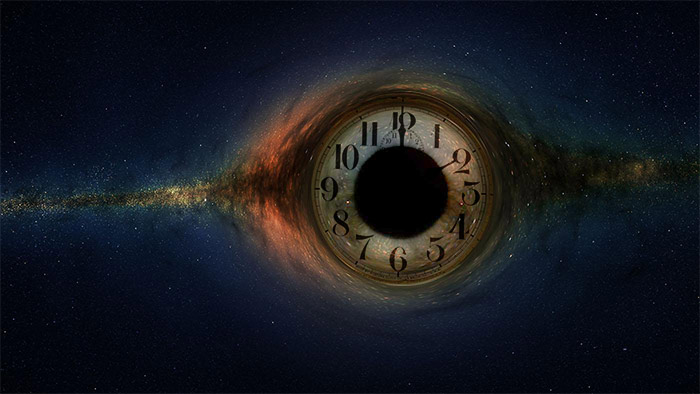 In the Oscar-winning movie “Interstellar”, which was scientifically supervised by the theoretical physicist Kip Thorne, one of the most important specialists in relativity and black holes and a Nobel Prize winner, we find that the hero of the film after returning from his far-space journey that mainly targeted Finding an alternate planet to save the human race, meets his daughter after leaving her at 10 years old, as a grandmother, while he was still young.

What is the reason for this paradox? It is normal for the girl to grow up with the passage of time, but it is strange for her father to remain young, as if many the years that his daughter lived were for him just hours.

According to the laws of physics, this can actually happen, as we do not all go through time at the same rate, time is not the same everywhere in the universe, and this is a fact that our mind may choose to ignore because we are unable to test it ourselves if we wish.

These ideas have been supported by some powerful scientific experiments, including flying atomic clocks above the surface of the Earth on board aircraft, where the times recorded are definitely different from those recorded on the ground.

what is the time?

Time is a measure of continuous change in our surroundings, and although the concept of time is intuitive, such as the continuous passage of events before our eyes and the moon’s orbit around our planet, physicists are not sure what actually happens when time passes.

According to an article published on the Sciencealert website, for centuries, time was viewed as a constant and independent force, as if the progress of the universe was governed by one hour, but this description of time changed in 1905 with Albert Einstein’s special theory of relativity.

While it was already known that the passage of time was closely related to space, Einstein’s theory was the first to combine space and time in a single field, with measurements that vary depending on the relative motion or gravitational forces of the objects within it.

This basically means that time is relative, and therefore it can be said that time is not a fixed global unit at all, but rather a relative measurement that varies as objects move faster or slower, or when they are exposed to more or less gravity.

How does time work?

Time is affected by both gravity and velocity, so the stronger the gravity, the more space-time is curved and time slows down. The fabric of space-time is an amalgamation of the concepts of time and space within a certain continuity, and it is made up of space in its three dimensions (x,y,z), in addition to the fourth dimension, which is time.

Thus, the presence of an object of massive mass distorts the surrounding spacetime tissue, causing objects close to it to be pulled through the dips created by that body, which also means the distortion of time, which is inversely proportional to the size of the mass.

The same applies to speed, the faster the speed, the slower the time. For example, if you synchronize two clocks and take one of them into space far from the Earth’s center of gravity, these two clocks will lose the synchronization between them.

This proves that time is part of the same constituent medium of space, and thus time is relative slowing down when there is great gravity or at great speeds, and time is fast in low gravity. This is why people on board the International Space Station, farther from Earth’s gravity, are very slightly slower than those on Earth.

When astronaut Scott Kelly went to space and his twin brother (seconds older) Mark remained on Earth, the age gap between them increased, thanks to nearly a year in orbit around the Earth. This proves what Einstein’s theory suggests, and what the evidence has since supported, is that we all don’t experience time at the same rate.

The faster you move, the slower the time gets, and because Scott Kelly was orbiting the planet at 28,200 km/h, his brother Mark lived longer than he was set at 5 milliseconds. The brothers were born with a difference of 6 seconds in 1964, and now that gap is 6.005 seconds. This shift in time is known as time dilation. 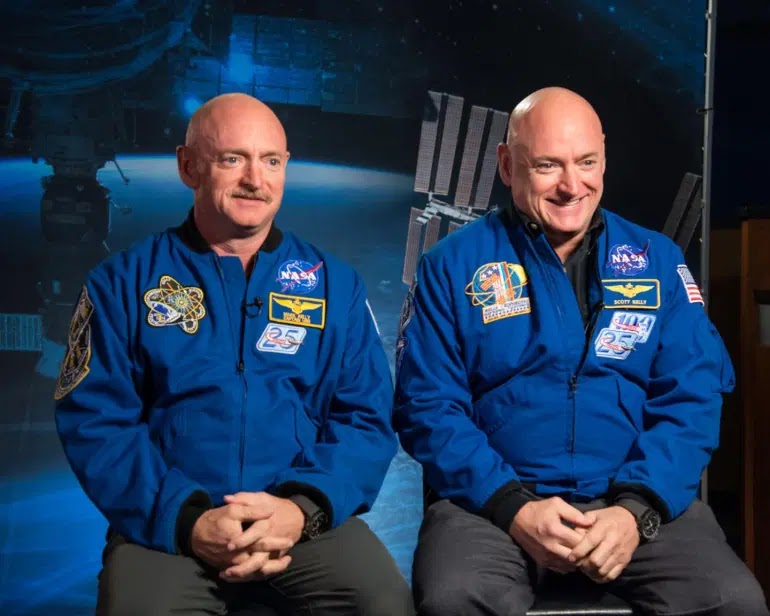 This leads us to answer the question: Why did the hero of the movie “Interstellar” remain young while his daughter grew up, and told him on her last days, “It is not normal for parents to see their children die first”, as the hero was present in a place in space where there was a great distortion In time due to speed and gravity.

One hour on the planet “Miller” in the movie was equal to 7 years on Earth, because the planet “Miller” is within the distorted range of the space-time fabric by a supermassive black hole with a mass 100 million times greater than the sun, in addition to its rotational speed of 99 % Of the speed of light, that is, the time is relative and varies when the texture of space-time is distorted, either as a result of large masses and high densities or very high speeds.

Christopher Nolan, director of “Interstellar”, wanted to obtain correct and accurate physical information on which to base the film, so he requested the help of Kip Thorne, who says in his book “The Science of Interstellar” that the film is based on scientific facts.

Can we slow down time?

Far from making a trip to space, and very far from Earth’s gravity, there is a way to slow down time that has nothing to do with the physics and nature of time itself, but to how fast or slow each of us lives.

Some researchers say that exposing yourself to new experiences or environments can make time seem slower. This may have to do with the amount of information our brains have to take in and process, when we are young or learn something new, the world seems to be slower, and as we get older and get into routine, days and years seem to pass quickly.

Finally, unless you have a spaceship, none of this will cause you to age more slowly, but we have to know that time is more flexible than many people think, and it is a sign of our ability to change the perception of how quickly days pass, albeit a little.