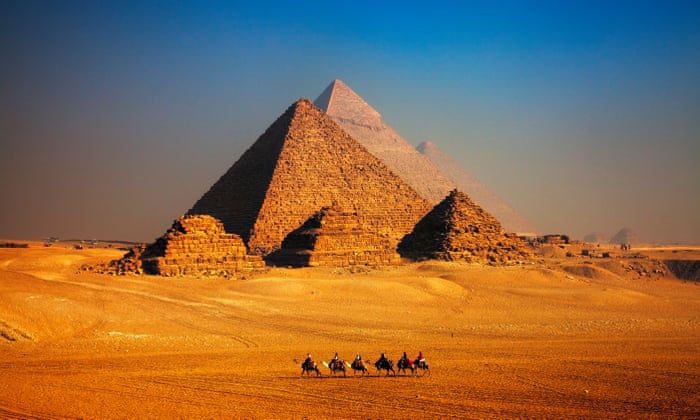 The pyramids of Giza astonished researchers for many centuries with their large size, symmetry, and even their mysterious spaces and frightening rooms, and the confusing puzzle revolved around the construction techniques that the ancient Egyptians used to erect these wonderful harmonious buildings without modern technology, as well as who built them specifically, and whether they were built by an elite workers with privileges Private or built with forced labor and servitude?

There are many theories about building the Pharaonic pyramids, the most unusual of which are those that assume that aliens and “human reptiles” constructed these gigantic structures. As for the most widespread theory, it asserts that slaves are the builders of the pyramids, a theory that may have been derived from ancient religious texts.

But what do archaeologists say?

In a report published by the American “Open Culture” website, writer Josh Jones says that new archaeological and scientific evidence refutes all these theories, and confirms that the pyramids were built by an elite group of construction workers who enjoyed high privileges of food and housing during the work period.

Jonathan Shaw wrote in Harvard Magazine that many Egyptologists – including archaeologist Mark Lehner who excavated the ruins of the workers’ city in Giza – support the hypothesis that the pyramids were built by a workforce that took turns performing the tasks in the form of units and teams. Graffiti on the excavation site was found indicating the names of these groups, such as “Friends of Khufu” and “Drunkards of Menkaure”.

Lehner asserts that the excavation revealed “huge quantities of bones from cattle, sheep and goats that are sufficient to feed several thousand people … which indicates that the workers were fed like kings,” but there are other opinions that deny this.

Excavations supervised by the famous Egyptian archaeologist Zahi Hawass in 2010 also revealed graves for workers at the foot of the pyramids, dating back to the Fourth Dynasty (about 2494-2613 BC), which means that their dead were buried in distinctive sites, the construction of the pyramids was risky, so the workers were honored by being buried next to it.

Lehner believes that the workers carried out this task as part of their duties as Egyptians towards those of their superior rank, right up to Pharaoh. Although they did not get the money for the construction of the pyramids, this does not mean that they were slaves, but rather that their work was a kind of feudal obligation. 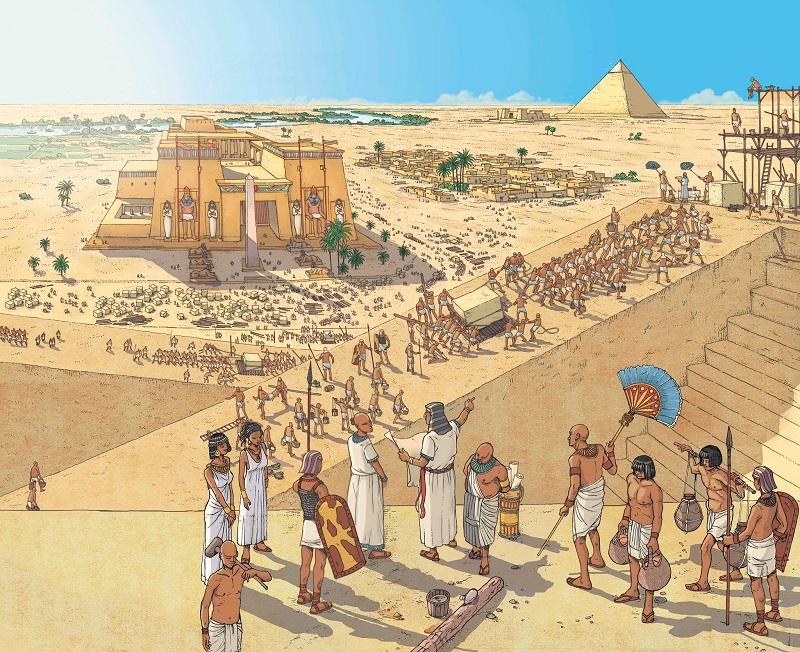 These recent archaeological discoveries refute previous theories, such as the theory of aliens, which assume that the ancient Egyptians did not possess the knowledge and skill to build such gigantic structures more than 4 thousand years ago.

Workers were transporting stones without wheels, and moving granite from a place about a thousand kilometers from the pyramids.

The ancient Egyptians could draw the four directions before the advent of the compass, and they were proficient in drawing angles, which indicates that they had the necessary techniques  to design the pyramids.

Researcher Johansson says that building the Great Pyramid of two million blocks of yellow limestone required a skilled workforce who dug the equivalent of an “Olympia pool of stones every 8 days” for 23 years to complete the construction of the pyramid, and they did so using the only metal available to them ‘copper’.

Recent experiments have shown that this amount of stones can be extracted and transported using the technology available at the time, by a team of between 1,200 and 1,500 workers, a number close to the number of people that archaeologists believe were at the site during that period.

As for stone transport, Egyptologists from the University of Liverpool believe that the ancient Egyptians used ramps and ladders to lift the huge blocks with which they built the pyramids.

The economy of building the pyramids

In ancient times, survival was not a problem for hunters and farmers, so collecting crops in one day by one woman might suffice a family for three days, according to American historian Marshall Sahlins.

In the ancient Egyptian kingdom, which is the four dynasties that ruled from 2780 BC to 2263 BC, the Egyptian economy was mainly agricultural, and relied on the flooding of the Nile and the cultivation of fertile lands in the valley supplied by the Nile with water and silt. This wealth was not used for the welfare of the population but for the construction of royal tombs.

The economic system in the ancient Egyptian civilization was unique, not content with food and survival, but rather the dedication of resources and energies to create and maintain huge tombs, pyramids and temples, a model that made Egyptian society stratified between the class of large owners and rich officials, and the general poor.

Building huge tombs was a feature of Pharaonic Egypt, and it was dominated by the belief that the king was a sacred person in his life and after his death, and he owned the land and gave it to whomever he wanted, so he made only the common people work in exchange for food, drink and housing, while many workers worked in exchange for their food or they were just Obaid, according to alternative historical theories.

During 3000 years, the Pharaonic bureaucratic administration was able to develop tax policy by imposing its authority, and stored grain that could be distributed in times of famine, and craftsmen and labor were brought in for a small fee from the kingdom’s rich treasury, according to those historical theories.

In addition to the administrators, engineers and supervisors, there were quarry workers, transporters, and masons, in addition to the secondary workers who were paving the slopes, making tools and providing food services, clothes and fuel, and work continued on the famous Giza pyramids for at least 20 years.

Inscriptions attributed to a judge and a military commander were found in Abydos, in present-day Sohag, Upper Egypt, referring to unpaid workers or slaves working for forced labor.

In return, they obtained food, clothing, and other products through the big workers, who distributed these royal donations to the lower social levels. Some of them were rewarded by being buried in private workers’ graves next to the king’s tomb.

In Wadi Al-Jarf (called the port of King Khufu on the Red Sea coast) in which the famous Wadi Al-Jarf papyrus was revealed that dates back to the reign of Khufu, the texts contain a record of a leader who participated with his forty men in building the pyramid by shipping stones from the quarries to the construction site of the Great Pyramid in Giza.