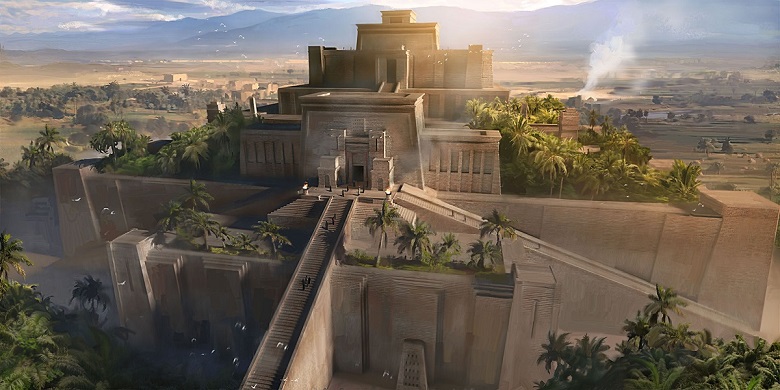 According to a new study, some of the world’s first cities were completely destroyed 4,000 years ago after being exposed to a powerful combination of climate change and unbridled overpopulation.

Citizens of prosperous settlements in the Middle East have been unable to grow food as rainfall has decreased by as much as 50%.

The cities, now buried in Turkey, Syria, Iraq and Lebanon in the ancient Mesopotamia region, were also subjected to drastic drops in temperatures.

Their inhabitants, an advanced people known as the Mesopotamians, were forced to either abandon their homes or starve to death, researchers write in the journal PLOS One.

Previous studies into the cities, which collapsed around 2100BC, have hinted that a well-documented change in climate was entirely to blame for their downfall.

Dan Lawrence, lead author of the new study and an associate professor in near-Eastern archaeology at Durham University, says otherwise, “the cities were unsustainable in their own right. Climate might have pushed them over the cliff, but they were already teetering on the edge.”

This is likely to be a bad omen for humanity today as we face a global climate crisis and a rapid increase in population around the world.

Around 2600 BC, life was very quiet in Mesopotamia. The region was on the verge of an economic boom that would see its cities flourish.

Major cities boasted many features of today’s cities, such as busy streets, shops, and temples. Residents cooked seeds and grains over open fires, whose charred remains are still buried in archaeological sites across the Middle East.

It was these little time capsules, dated using radiocarbon dating, that formed the backbone of Dr. Lawrence’s research.

Working with colleagues at the Ludwig Maximilian University in Munich, Lawrence combined data from multiple archaeological surveys covering 1,500 settlements, including 200 cities, ranging between 4000 and 1000 BC.

The team assumed that the time periods with more settlements were more densely populated.

Likewise, it is assumed that sites with more carbon-dated objects were home to more people than those with fewer artifacts.

The team discovered a sharp increase in the population (the number of cities in the region nearly tripled) from about 2,600 BC to before things got worse.

Dr. Lawrence calls this the “boom before the bust”, In his statement to the British newspaper “The Sun”, he stated: “The really interesting thing is that by looking at a bit of a longer timespan, we can see that this was a bust of a boom.”

“The population and number of cities went up before it dropped. It looks like what was happening before this climate event hit was unsustainable in its own right.”

Dr. Lawrence and his team linked this rise to the emergence of wool-bearing sheep in the area.

Cities began raising flocks of sheep numbering in the hundreds of thousands, which led to an economic boom related to textiles that could be produced in large quantities.

Livestock can live in “risky” areas where you cannot grow crops, which pushes farmers to drier plains that are more vulnerable to changes in the climate.

This left them vulnerable to a dry and cold period that swept the region in 2200 BC. And over the next 100 to 200 years, everything went in a bad direction.

“In the Middle East, the weather has become a little drier during this period,” said Dr. Lawrence. “This is really bad because it hinders farming because of the lack of natural rainfall.

This precipitation rate has decreased even more, dropping between 7% and 50% in a short period, according to climate records.

With crops failing, city governors panicked, and took advantage of the landscape in an effort to feed their hungry citizens.

Dr. Lawrence said: “”What we know is that some people were overgrazing the land,” He Added: “They had so many sheep, I mean hundreds of thousands of sheep, and they stopped the landscape from recovering by just eating everything, basically.

The evidence uncovered by the team suggests that urban populations have shrunk while rural settlements have grown.

“People might have escaped the cities to rural areas,” Dr Lawrence said.

“I do think there were either some big migrations or a lot of people were starving to death.”

There’s no way to know for sure whether urban areas were drained of their citizens due to mass migration or mass extinction.

That’s something the team hopes to investigate in future by looking for markers of starvation in human remains found at various archaeological sites in the region.

While some cities fell during this period, others survived, and they could teach us a thing or two about weathering a climate catastrophe.