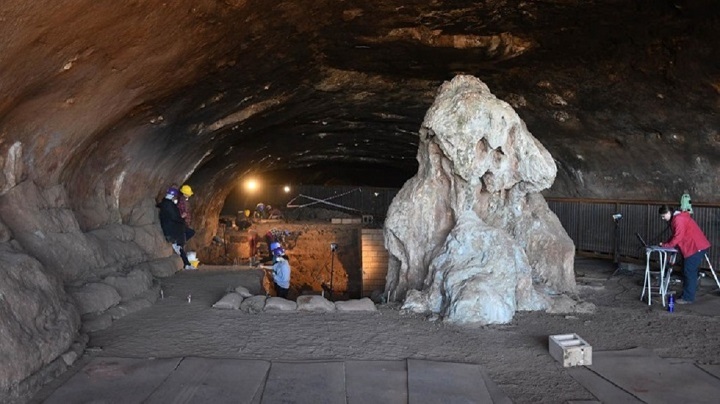 Archaeologists have found the oldest home in hominin history. Unsurprisingly, it is a cave: Wonderwerk Cave in the Kalahari Desert. Astonishingly, it has been occupied more or less continuously for two million years. Through most of that time, modern humans didn’t even exist.

In Wonderwerk Cave, archaeologists have found evidence that archaic humans lived inside the cave around 2 million years ago,  the earliest-ever use of fire at a million years and earliest hand axes at over a million years,  report Ron Shaar, Ari Matmon, Liora Kolska Horwitz, Yael Ebert and Michael Chazan in Quaternary Science Reviews.

Quaternary Science Reviews indicates that the length of this cave is more than 140 meters, and scientists have been studying it for a long time, where they found stone tools and other traces of human activity, but they did not find any human remains. The reason may be easy access to the cave for predators.

From this it appears that our distant ancestors two million years ago used such shelters for housing.

The age of these pieces makes it possible to assume that a human who used them in his daily life lived before the Homo genus.

At the time, many experts questioned the Chazan’s conclusions. However, another team of archaeologists, also including Michael Chazan, has conducted a new detailed study of the cave layers. The artifacts found in Wonderwerk Cave turned out to be 1,77 to 1,93 million years old, and that these tools were made in the same cave and were not washed away by the water from another place.

This conclusion indicates that the first inhabitants of this cave were probably from the genus Homo habilis or their ancestors from the genus Australopithecus. This cave has remained a place of residence during a long period of time, as scientists found in it monuments that are about a million years old for the use of fire, and that the location of the flame of fire is at least 30 meters from the entrance to the cave. This means that the person kindled the fire here, and not the result of a natural fire. 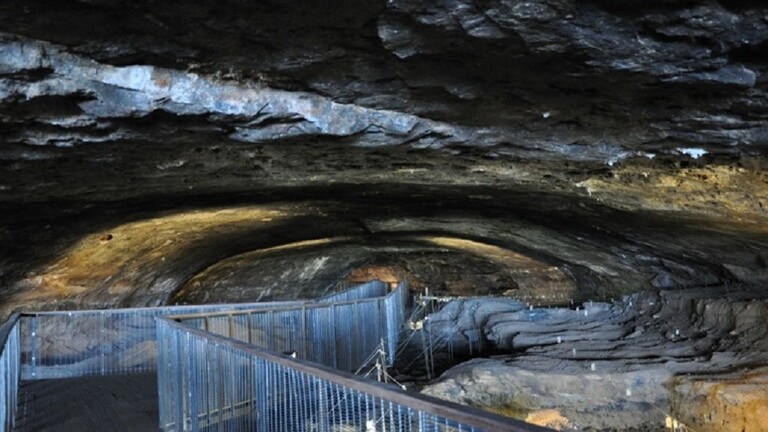 It should be noted that archaeologists have previously discovered in different locations evidence of the use of fire, which is between 1.37 to 1.46 million years old, although some experts consider it to be caused by natural fires.

Scientists discovered in the depths of the cave small pieces of the natural dye – ocher, which had been in this place for 500 – 300 thousand years, and this could not happen naturally, that is, our ancestors were the ones who brought it to the cave.

The researchers confirm that the small ocher pieces are not suitable for making work tools, but they can be used in decoration and drawing, as they can be ground and sprayed with powder on an object or place and decorate it, or used in painting on the walls of a cave.

Overall, the discovery of these small pieces of natural ocher dye in this cave is the oldest evidence that humans used it in non-profit domains. But we do not know what motivated our ancestors for this: the desire for beauty or the desire to please spirits. This remains a manifestation of ancient life.