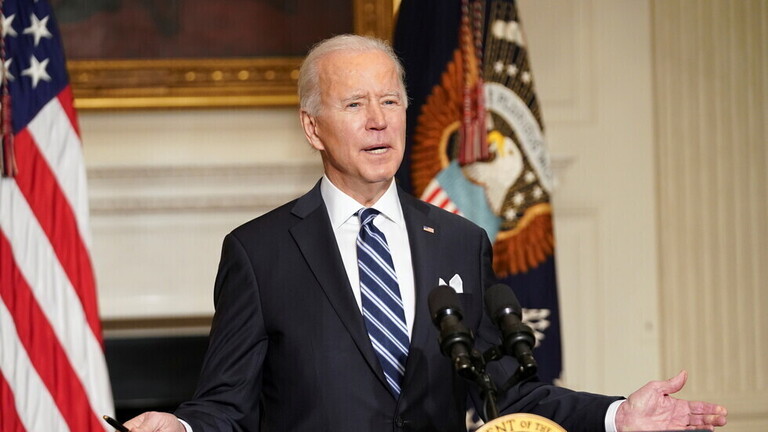 The White House said US President Joe Biden has declared a state of national security emergency due to the Russian government’s actions.

The White House also released a letter to Congress stating that the president has issued “an Executive Order declaring a national emergency with respect to the unusual and extraordinary threat to the national security, foreign policy, and economy of the United States posed by specified harmful foreign activities of the Government of the Russian Federation.”

The US national security emergency forms the basis for imposing sanctions.

Earlier in the day, Washington announced the imposition of sanctions against 32 Russian entities and personalities, against the backdrop of allegations about Russian interference in the last presidential elections, as well as sanctions against 5 individuals and 3 companies in the Crimea.

The White House also announced the expulsion of 10 members of the Russian diplomatic mission in Washington.

In addition, the United States has banned its companies from directly purchasing Russian debt securities issued by the Central Bank, the National Wealth Fund, or the Russian Finance Ministry.