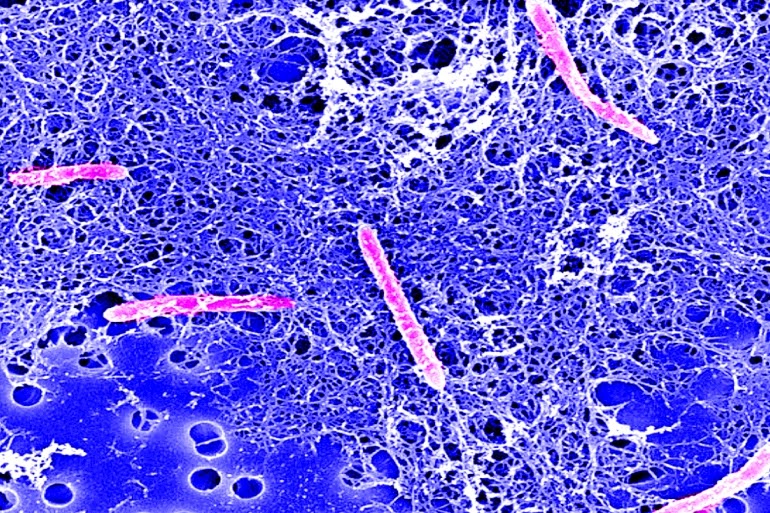 In a scene similar to what we see in science fiction novels, genetic analysis revealed a strange type of bacteria – collected from 3 different continents – that had not evolved since they were together last time on the same land mass, meaning that the bacteria were in an “evolutionary stagnation” For at least 175 million years, making it the only known organism not affected by evolution over this long period of time.

This study was published in the official journal of the International Society for Microbial Ecology (ISME) on April 6, and this discovery could have major implications for biotechnology and scientific understanding of microbial evolution, as it shows how little we know about Our strange and diverse planet.

This bizarre bacterium is known by the scientific name Candidatus Desulforudis Audax viator, derived from a science fiction novel published in 1864 under the title Journey to the Center of the Earth.

It was first discovered in 2008, in groundwater 2.8 km below the surface of the earth in the Mbonning Gold Mine in South Africa, and it lives in rocky cavities filled with water.

To stay alive; These bacteria derive their energy from chemical reactions, such as the decomposition of water molecules due to “ionizing radiation” resulting from the radioactive decomposition of uranium, potassium and thorium in the surrounding rocks. This makes them one of the few known organisms that do not depend on sunlight for food.

It is considered the only species that constitutes an effective ecosystem for a single species, as it constitutes 99.9% of the microorganisms where they are found.

The team wanted to learn more about these bacteria, and how they evolved and adapted, so the research team collected 126 microbes from deep groundwater samples from sites in Siberia, California and South Africa, and compared their genome sequences.

They initially thought that – by comparing microbes from separate continents in different natural and chemical environments – they would see the ways in which bacteria evolved and diversified.

“We wanted to use that information to understand how they evolved and what kind of environmental conditions lead to what kind of genetic adaptations,” said Bigelow Laboratory Senior Research Scientist Ramunas Stepanauskas, the corresponding author on the paper and Becraft’s postdoctoral advisor.

“We thought of the microbes as though they were inhabitants of isolated islands, like the finches that Darwin studied in the Galapagos.”

But the results of the analyzes were a big surprise that puzzled the scientists; When the team compared the genomes, they found that the microbes on the three continents were nearly identical.

“The best explanation we have at the moment is that these microbes did not change much since their physical locations separated during the breakup of supercontinent Pangaea, about 175 million years ago,” Stepanauskas said.

“They appear to be living fossils from those days. That sounds quite crazy and goes against the contemporary understanding of microbial evolution.”

These bacteria are the best example yet of microbial evolutionary stagnation, and the team believes this is because these bacteria have specialized mechanisms that help them fight mutations.

“These findings are a powerful reminder that the various microbial branches we observe on the tree of life may differ vastly in the time since their last common ancestor,” said microbiologist Eric Becraft from the University of Northern Alabama “Understanding this is critical to understanding the history of life on Earth.”

The scientists said the discovery has potential applications in biotechnology, ranging from diagnostic tests to gene therapy.