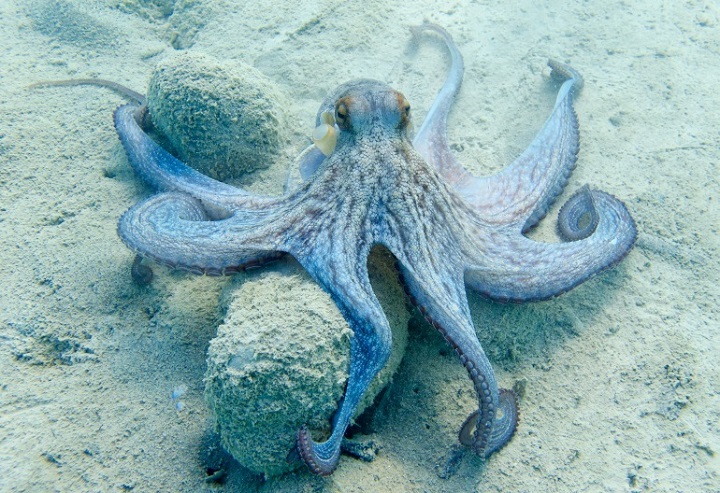 A recent study published in “I, science” showed that octopuses have two types of sleep, one of which is similar to the paradoxical sleep in humans, specifically the stage during which we indulge in dreams, so does this mean that octopuses dream like humans?

“Le Parisian” newspaper says in a report that a team of Brazilian scientists studied the sleep patterns of this marine animal and published pictures of an octopus that changes its color during sleep, and they concluded that these animals go through two different stages during sleep.

The first stage, during which the octopus does not show any activity. The second, which researchers call “active sleep,” looks very similar to paradoxical sleep in humans.

During the active sleep phase, the octopus’s brain shows some kind of movement, and it causes a change in color and twitching in the muscles, and the eyes are slightly irritated.

Can we assume that the octopus dreams just like humans?

In this context, the expert in animal behavior at the University of Caen, Ludovic Dickel, says that the studies that dealt with cephalopod sleep are not recent, but what the new study observed during the sleep of the octopus is unprecedented.

He added “The Brazilian study shows that when the octopus is in active sleep, it does not interact with its environment as it does in its wakefulness, including the way it deals with prey. In this case,  the octopus must be stimulated by a sound to wake him up from sleep. “

But Deckel believes that this is not evidence that the octopus dreams like humans, and explains that “it is difficult to say that an octopus dreams, as it is not possible to extrapolate the data of what is happening in his brain as dreams.”

Moreover, the study authors themselves do not adopt the word dream, “Maybe one day we can prove it, but we must use other methods such as electrodes to answer this question.”