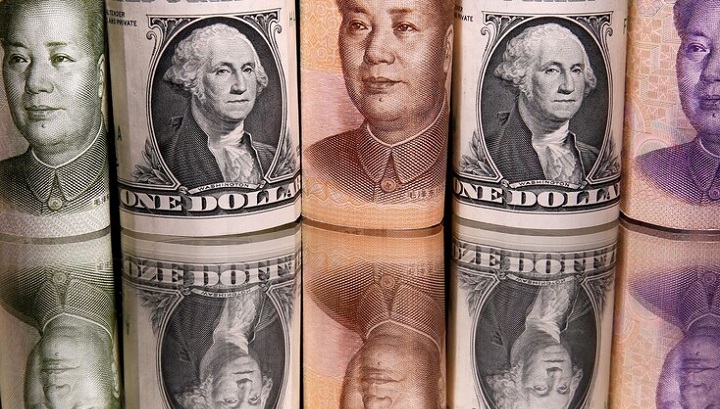 The dollar hovered on Wednesday, near its lowest level in two weeks, after US Treasury yields retreated from their recent highs.

Traders in the market are awaiting the US Federal Reserve meeting minutes, which will be released later during the session to determine the future course of the US currency.

The previous quarter of this year witnessed a rapid jump in US Treasury bond yields and the strongest rise in the US dollar in years, thanks to growing expectations of accelerated economic growth and inflation in the United States, which may force the Federal Reserve to abandon its pledge to keep interest rates near zero until 2024.

The International Monetary Fund said yesterday that the unprecedented spending to combat the pandemic will push the global growth rate to 6 percent this year.

By 07:16 GMT, the dollar scored 92.368 points against a basket of currencies, approaching its lowest level in two weeks, after retreating from its last peak at 93.439 points, which it reached on March 30th.