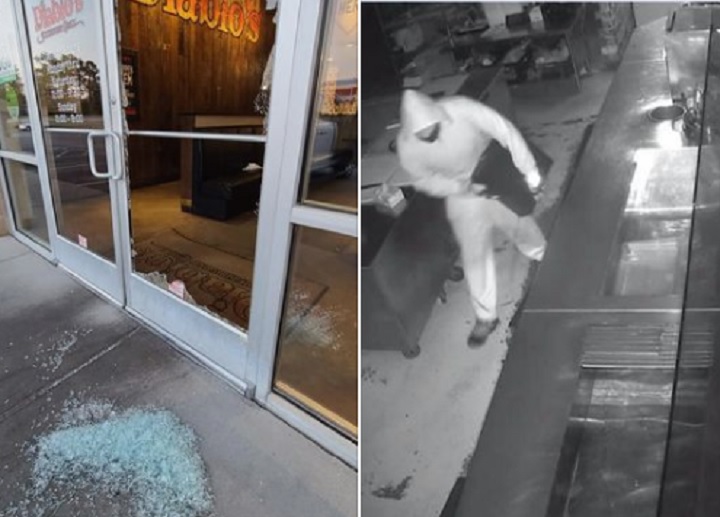 After a robber broke into a restaurant in Augusta, Georgia, over the weekend, the owner of the restaurant responded in an unusual way, as he offered the suspect a job with him.

“No police, no questions, let’s sit down and talk about how to help you and fix the road you’re on,” wrote the owner of the restaurant, Carl Wallace, in a Facebook post that included a picture of the shattered door. 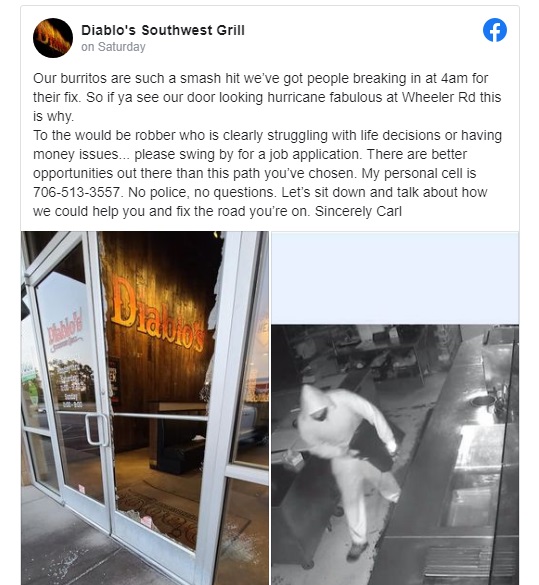 Wallace, who owns the “Diablos Southwest Grill” for nearly 8 years, indicated that a person broke into the restaurant at about four o’clock in the morning on Saturday, and within 45 seconds stole the empty cash machine while the alarm went off.

Wallace said that he got angry at first and then felt frustrated, but he returned and felt very sorry for the person who carried out the robbery, “adding:” I feel sorry and sorrow that he chose this path of his life. ” I also think about the size of the risks he exposes himself to each time he does this. “

Wallace said he wanted to respond to the offense with charity, and it seemed like the only right thing to do in the meantime, indicating that “it is about trying to guide a lost person.”