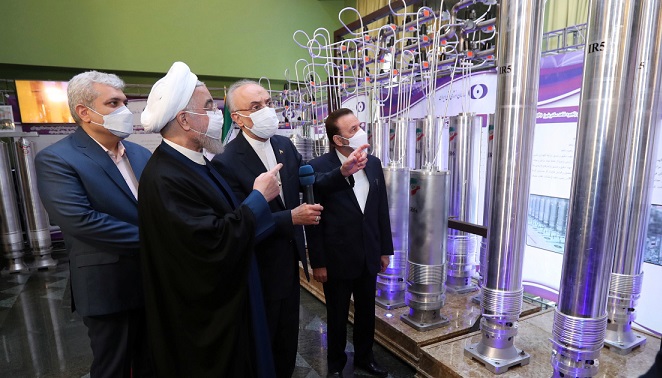 The International Atomic Energy Agency of the United Nations said, on Saturday, that Iran had begun the process of enriching uranium to a purity of 60% at its plant in Natanz, confirming the statements of Iranian officials.

The agency stated that according to Iran, the level of enrichment reached 55.3%, and the agency took a sample to verify this.

Earlier on Friday, the head of the Iranian Atomic Energy Organization, Ali Akbar Salehi, announced that his country had begun enriching uranium by 60% at the Natanz facility, days after the disruption that affected this site.

The Speaker of the Iranian Parliament, Muhammad Baqir Qalibaf, also stated that Iranian scientists were able to obtain an amount of uranium enriched by 60%.

Prior to that, Iranian President Hassan Rouhani confirmed, on Thursday, that his country would stop uranium enrichment by 20% and 60% in the event of lifting sanctions on Iran, adding that if Washington returns to the nuclear agreement, the enrichment rate in Iran will not be higher than 3.67%.