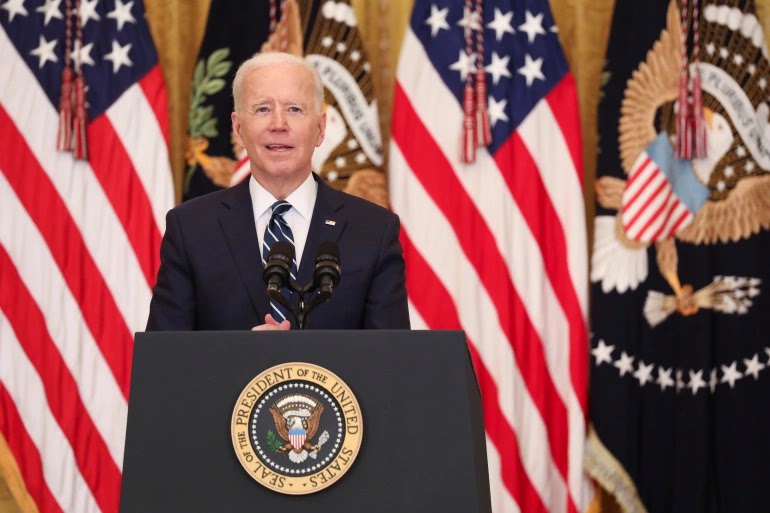 US President Joe Biden – in his speech to Congress this evening, Wednesday – offers to cancel the tax cuts for the rich that were approved under his predecessor Donald Trump, and to address the loopholes that they benefit from in the tax system, to finance a huge spending plan.

These tax reform proposals aim to finance a massive $ 1,8 trillion plan focused on education and helping families, and includes $ 1 trillion in investment and $ 800 billion in tax cuts for the middle class.

Biden will propose raising the maximum tax rate from 37% to 39.6% again, contrary to the measures adopted during the era of his predecessor, according to an American official who requested anonymity.

The Democratic president will also propose an increase in the 0.3% tax on capital returns for wealthier Americans, thus nearly doubling the tax rate, rising from 20% to 39.6%.

“The president’s tax program will not only waive the most prominent gifts of the 2017 tax law, but will also reform the tax law so that the rich are subject to the same rules as everyone else,” a US official said, referring to addressing the tax loopholes of the wealthy.

The source added that these measures “will ensure that the wealthiest Americans pay their taxes, and that anyone whose income is less than $ 400,000 per year will not be affected by the tax increase.”

The “American Families Plan”, which Biden will outline during his first speech to Congress on Wednesday at 21:00 (Thursday 1:00 GMT), will lead to a bitter battle in Congress.

If Biden’s plan to support the economy of $ 1,900 billion is passed without any real difficulty, discussions about giant investment plans in infrastructure and education are expected to be more difficult.