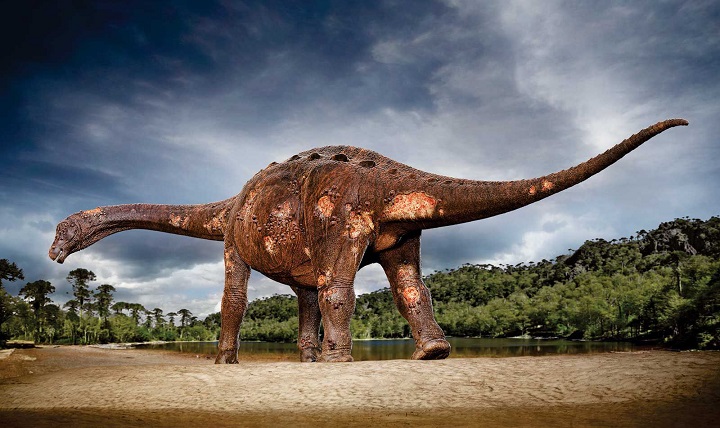 Paleontologists studied the giant dinosaur that was discovered in Chile, and it became clear to them that it was 6.3 meters long despite its young age.

The journal Cretaceous Research indicates that parts of this ancient dinosaur (the thigh, upper arm, isch bone and parts of the spine) were discovered in the 1990s in northern Chile, and are only now studied by scientists in detail.

Scientists attribute this giant dinosaur to a new genus that they called Arackar licanantay, which means “bones” and refers to the place where it was discovered in the language of the locals.

This dinosaur lived on Earth between 80 and 66 million years ago, in the late Cretaceous period. And it became clear to scientists, that this dinosaur did not reach adulthood, because the length of adult dinosaurs of this type reaches 8 meters.

According to scientists, This dinosaur belongs to the titanosaur dinosaur family tree but is unique in the world due to features on its dorsal vertebrae.

Titanosaurs are part of a wider group of sauropods. The remains of Arackar licanantay (the skeleton) are more complete than the serpents discovered on the Pacific coast of South America. Also, this dinosaur is the third dinosaur whose remains were studied for the first time in Chile.