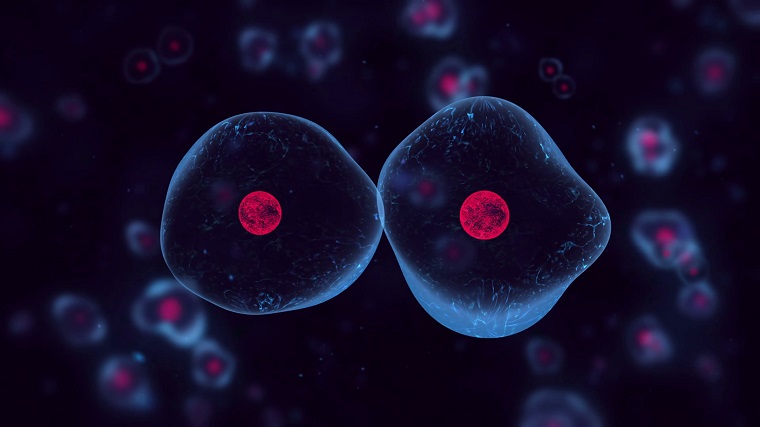 Five years ago, scientists created a single-celled synthetic organism that, with only 473 genes, was the simplest living cell ever known. However, this bacteria-like organism behaved strangely when growing and dividing, producing cells with wildly different shapes and sizes.

Recently, researchers from the Craig Venter Institute – in cooperation with the National Institute of Standards and Technology and the Massachusetts Institute of Technology in the United States – have identified 7 genes that can be added to such as These wild cells to naturally divide into cells of similar shape and size.

Life is a black box

According to the results of the study, which was published in the journal “Cell” on March 29, the identification of these genes is an important step towards engineering artificial cells capable of carrying out certain roles.

Such cells could be engineered to function as small factories to produce drugs, food and fuel. It can also be programmed to be able to detect diseases and produce treatments for them while these cells are present in the body.

But to design and build a cell that does exactly what you want it to do, it helps to have a list of essential parts and know how they fit together.

“We want to understand the fundamental design rules of life,” said Elizabeth Strychalski, a co-author on the study and leader of NIST’s Cellular Engineering Group. “If this cell can help us to discover and understand those rules, then we’re off to the races.”

In the beginning, scientists produced the first cell with a laboratory genome in 2010. This cell was not produced from scratch. Rather, scientists began their efforts using a very simple type of bacteria known as “mycoplasma”.

They destroyed the DNA in those cells and replaced it with DNA that was designed on a computer and synthesized in a lab. This was the first organism in the history of life on Earth to have an entirely synthetic genome. They called it JCVI-syn1.0.

Since then, scientists have been working to strip that organism of its genetic components until it reaches a minimum of basic genetic information. This eventually led them to produce that very simple cell – known as (JCVI-syn3.0) – which contained just 473 genes.

However, this last cell suffered problems in its division and growth, as these cells varied when dividing into different shapes and sizes. While some of these cells succeeded in dividing and diverging from one another, others failed to separate and lined up as nodules side by side. However, all cells were genetically identical despite this disparity in shape and size.

Therefore, scientists studied the role of some genes, and tracked them to find out their influence on cell growth and division. This resulted in the addition of 19 more genes to that cell, Including 7 genes required for normal cell division.

The new genes helped cells divide in a homogeneous pattern of shape and size, which eventually produced a new variant – the scientists called it (JCVI-syn3A) – containing fewer than 500 genes.

To approximate this matter, the new cell contains – in number – approximately 1.7% of the total genes in the human cell, or 12.5% of the genes in the Escherichia coli bacteria that are found in the intestine.

However, scientists still do not know the exact role of 5 of these seven newly added genes that helped cells divide normally.

The researchers will focus in their future studies on knowing the roles played by these genes, hoping to “develop a complete model for how the cell functions,” says James Pelletier, the first author of the study.