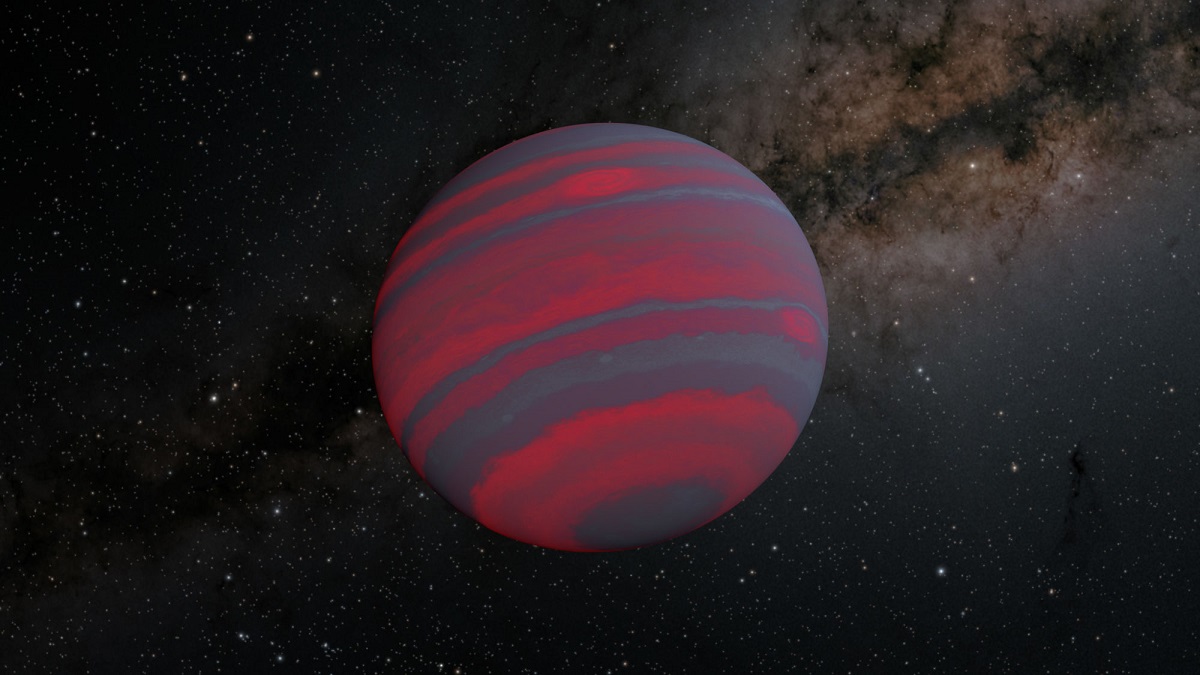 Astronomers have found the fastest brown dwarf stars in the known universe, spinning at such a rapid rate that they risk ripping themselves asunder.

A brown dwarf, otherwise known as a ‘failed star’, are formed when stars cannot gather enough mass to trigger nuclear reactions, which would convert their cores from hydrogen into helium.

“We seem to have come across a speed limit on the rotation of brown dwarfs,” said Tannock, a Western PhD candidate. “Despite extensive searches, from our own team and others, no brown dwarfs have been found to rotate any faster. In fact, any faster spins may lead to the brown dwarf tearing itself apart.”

In order to measure the dwarfs’ spin, the scientists monitored alterations in the light given off – caused by the Doppler effect, where light is moved up or down the colour spectrum based on speed – and matched that to their movements using a computer model.

This is ten times faster than normal, when a dwarf usually takes ten hours to rotate on its axis, and 30% faster than the fastest rotations previously recorded.

Considering that brown dwarfs tend to speed up as they age, are these objects regularly exceeding their spin speed limit and being torn apart? In other rotating cosmic objects, like stars, there are there natural braking mechanisms that stop them from destroying themselves. It’s not clear yet if similar mechanisms exist in brown dwarfs.

“It would be pretty spectacular to find a brown dwarf rotating so fast it is tossing its atmosphere out into space,” said Tannock. “But so far, we haven’t found such a thing. I think that must mean that either something is slowing the brown dwarfs down before they hit that extreme or that they can’t get that fast in the first place. The result of our paper supports some sort of limit on the rotation rate, but we’re not sure of the reason yet.”

Their findings were then confirmed using the Gemini North telescope at the Magellan Paddy Telescope in Hawaii and the Carnegie Science Foundation in Chile.

The maximum spin rate of any object is determined not only by its total mass but by how that mass is distributed. That’s why, when very rapid spin rates are involved, understanding a brown dwarf’s interior structure becomes increasingly important: The material inside likely shifts and deforms in ways that could change how fast the object can spin.

Similar to gas planets such as Jupiter and Saturn, brown dwarfs are composed mostly of hydrogen and helium.

But they are also significantly denser than most giant planets. Scientists think the hydrogen in the core of a brown dwarf is under such tremendous pressures that it starts behaving like a metal rather than an inert gas: It has free-floating conducting electrons, much like a copper conductor. That changes how heat is conducted through the interior, and with very fast spin rates, may also affect how the mass inside an astronomical object is distributed.

“This state of hydrogen, or any gas under such extreme pressure, is still very enigmatic,” said Metchev, co-author on the paper and the Canada Research Chair in Extrasolar Planets at Western’s Institute for Earth and Space Exploration.

“It is extremely challenging to reproduce this state of matter even in the most advanced high-pressure physics laboratories.”

“It is possible that these theories don’t have the full picture yet,” said Metchev. “Some unappreciated factor may be coming into play that doesn’t let the brown dwarf spin faster.”

Additional observations and theoretical work may yet reveal whether there’s some braking mechanism that stops brown dwarfs from self-destruction and whether there are brown dwarfs spinning even faster in the darkness.