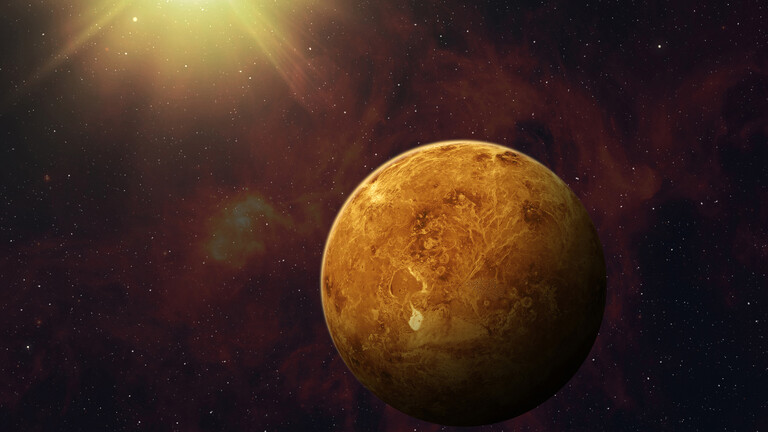 The NASA roving probe “Perseverance” has renewed interest in the existence of life on Mars, but the new chemical analysis indicates that some life forms could also exist on Venus.

By the end of last year, an analysis of gases in the atmosphere of the Hell-like planet revealed the presence of phosphine.

Phosphine is a colorless, flammable and highly toxic gas that on Earth tends to decompose very easily.

It should degrade rapidly in the hot and dense atmosphere of Venus as well, but something keeps it at a constant level.

Jane Greaves, a professor of astronomy at Cardiff University, has already pointed out that the easiest explanation for the presence of phosphine could be colonies of alien microorganisms living in Venus’s dense clouds.

Professor Greaves wasn’t expecting that result at all. “I thought we’d just be able to rule out extreme scenarios, like the clouds being stuffed full of organisms,” she said. “But when we got the first hints of phosphine in Venus’s spectrum, it was a shock!”

Most of the phosphine in Earth’s atmosphere is made of bacteria that live in the swamps. It’s not yet been explained how there could be any phosphine on Venus.

A new analysis of the data returned by NASA’s “Pioneer Venus” mission in 1978 revealed that there are many other gases associated with living organisms in the planet’s atmosphere.

Rakesh Mogul of Cal Poly Pomona, writing in the March issue of Advancing Earth and Space Science, says that there are other “biologically relevant chemicals” present in the thick, hot, inhospitable atmosphere of Venus.

“We have re-examined the archived data obtained with the Pioneer Venus Large Probe,” Mogul wrote.

None of these chemical signatures in and of themselves guarantee the presence of insects living in a world floating above the molten surface of Venus, but combined with what Mogul describes as a “chemical imbalance,” a dynamic change in the balance between organic gases in the atmosphere, raises the exciting possibility With living organisms on Venus, or chemical processes we have not seen before.

Besides the unexplained “dark spots” that sometimes appear in Venus’ atmosphere, there is mounting evidence that Venus, like Mars, could be home to a thriving colony of microorganisms.