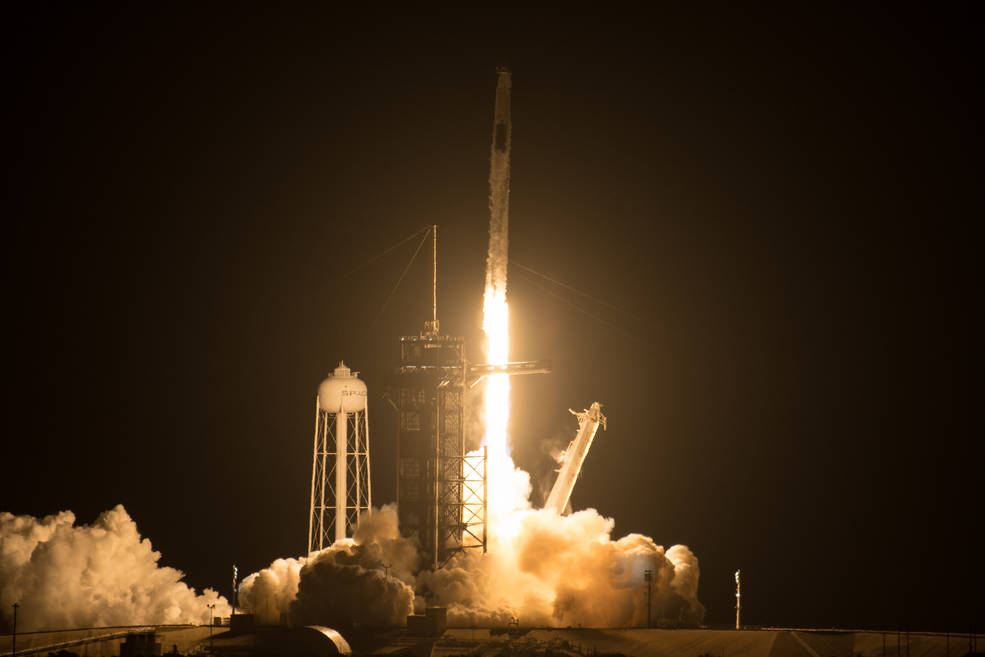 NASA and Elon Musk’s commercial rocket company SpaceX launched a new four-astronaut team on a flight to the International Space Station on Friday, the first crew ever propelled into orbit by a rocket booster recycled from a previous spaceflight.

This is the first time in history of space travel, a Falcon 9 rocket and a space capsule have been reused in a space mission, which makes it a huge achievement towards reducing the cost of space travel, which opens the door to space tourism and the colonization of Mars and other planets in the future.

The “Falcon 9” missile was launched from the Kennedy Space Center on Friday, carrying the “Crew Dragon” space capsule that carries 4 astronauts to the International Space Station: Thomas Pesquet of France, Americans Shane Kimbrough and Megan McArthur and Japan’s Akihiko Hoshide, on a flight that NASA called “SpaceX Crew-2”. 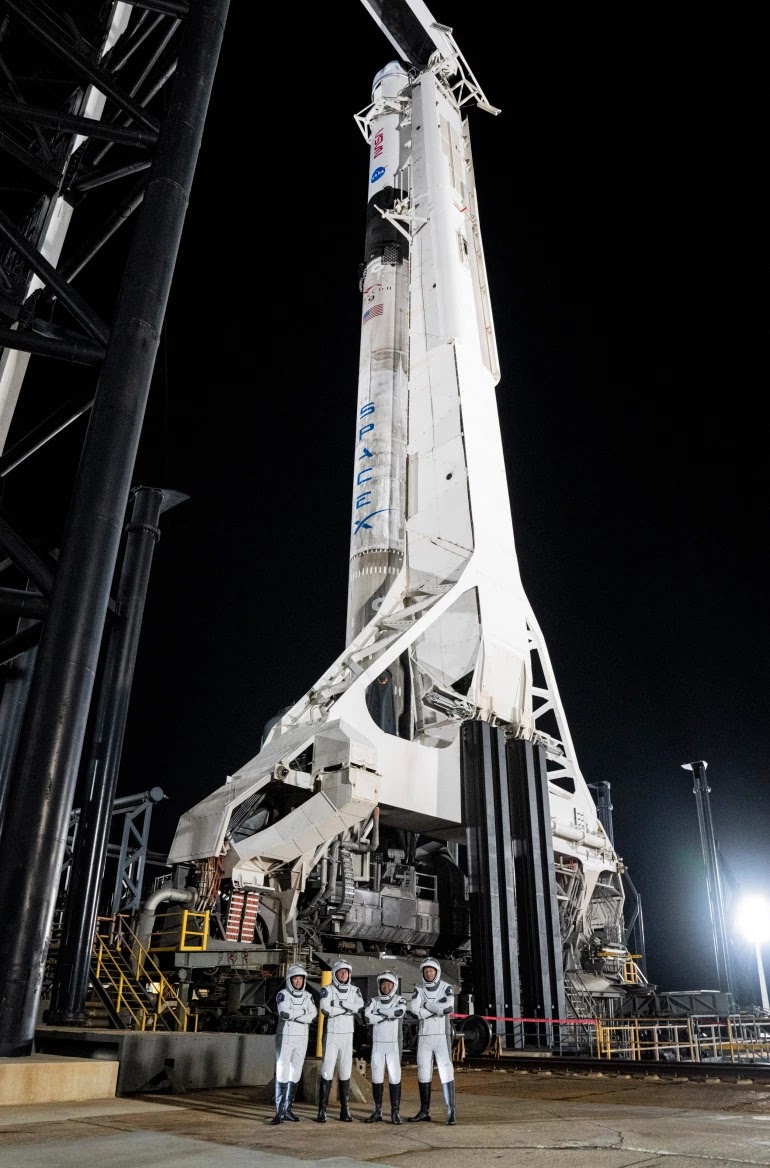 In a new tradition created by “SpaceX”, the four pioneers rode in 3 white cars produced by “Tesla” company also owned by Elon Musk, who was present and gave a speech before the launch.

The cars’ license plates read “recycle,” “reuse,” and “reduce,” in a nod to the fact that both the Falcon 9 booster and Crew Dragon capsule were deployed on previous missions.

“This is another important milestone for NASA, SpaceX, and our international partners at ESA and JAXA, and for the future of scientific research on board the space station. It will be an exciting moment to see our crews greet one another on station for our first crew handover under the Commercial Crew Program.” NASA said in a press release on its website.

The Crew-2 team has around 100 experiments in the diary during their six-month mission.

These include research into what are known as “tissue chips” – small models of human organs that are made up of different types of cells and used to study things like aging in the immune system, kidney function and muscle loss.

Another important element of the mission is upgrading the station’s solar power system by installing new compact panels that roll open like a huge yoga mat.

NASA also said in the statement that the crew of the “Crew 2” mission will continue the important research and technological experiments that pave the way for “Artemis” missions to the moon in the future, in order to help improve our understanding of the Earth’s climate and improve life on our planet.