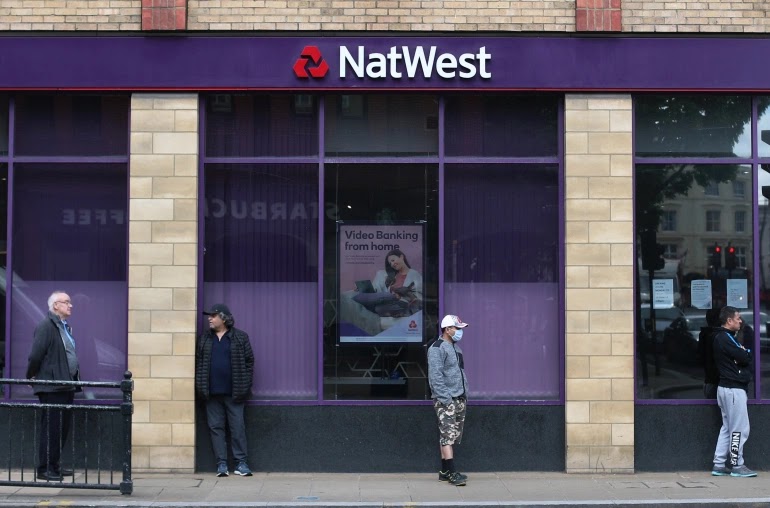 The global system for combating financial crime and money laundering suffers from many obstacles and loopholes that prevent the prosecution of suspicious funds, which requires governments to work harder and strengthen cooperation with each other to address this global scourge.

In a report, the British magazine “The Economist” , says that financial crimes have increased significantly over the past years, which proves the failure of international efforts in this field, and confirms the need for structural reforms and legislation, and strengthening the role of the police and judiciary in holding those involved in this accountable Crimes.

In the coming weeks, Westminster Bank, known as NatWest, one of Britain’s largest lenders, is set to appear in court in London to respond to charges that it failed to properly scrutinize a gold-dealing client that deposited £365m ($502m) with the bank—£264m of it in cash.

In fact, NatWest is one of a long line of banks facing problems and issues related to combating financial crime.

Last year global banks were hit with $10.4bn in fines for money-laundering violations, an increase of more than 80% on 2019, according to Fenergo, a compliance-software firm.

In January Capital One, an American bank, was fined $390m for failing to report thousands of fishy transactions. Danske Bank is still dealing with the fallout of a scandal that erupted in 2018. Over $200bn of potentially dirty money was washed through the Danish lender’s Estonian branch while executives missed or ignored a sea of red flags.

According to the magazine, these figures indicate that banks remain the major weakness in the global war against money laundering, and despite the arsenal of laws that seek to put financial institutions at the forefront of this war, the global system for combating money laundering suffers from serious structural defects, and mainly the governments’ use of the sector In investigating financial crimes.

A study published last year by financial crime expert Ronald Paul indicated that the global anti-money laundering system may be the least effective policy the world has known, and that the compliance costs that fall on the shoulders of banks and companies exceed 100 times the amount of money withheld from money laundering.

Until the eighties, money laundering was not considered a crime punishable by law in most parts of the world, but after that, legislative changes took place and several countries – led by the United States – were putting pressure on other countries to reduce financial crimes.

These efforts intensified following the attacks of 11 September 2001 and the passage of the “Patriot Act” to block terrorist financing pathways.

It is remarkable today – unlike in the past two decades – that it has become easy to create shell companies and hide the money that flows illegally. In fact, the current figures indicate a loss in the global war against financial crime.

A report prepared by John Cusack, the former president of the Wolfsburg Group, an association that includes many banks and works to help develop anti-money laundering standards, estimates that the volume of financial crimes in 2018 reached $5.8 trillion, equivalent to 6% of global GDP.

A number of experts believe that business-based money laundering has contributed to this failure, as suspicious money moves into the legitimate economy through cross-border trade, and the Covid-19 pandemic has boosted the creation of shell companies to obtain government aid. In Britain, the authorities have received more than 50,000 reports of possible loan misallocation.

Despite the success of some countries to varying degrees in passing laws and legislation to combat money laundering, other countries are still considered a haven for corrupt capital, according to the magazine.

The Economist confirms that the major countries have clearly contributed to the decline in global efforts to eliminate money laundering over the past five years, as former US President Donald Trump did not fully care about this issue, and Russia and China hindered efforts to coordinate global efforts to combat financial crimes.

The magazine believes that the three main factors hindering efforts to combat financial crime on a global level are lack of transparency, lack of cooperation and lack of resources, and in terms of transparency, some progress has been made after Britain launched a public registry for fictitious company owners in 2016 and encouraged other countries to establish registries. Similar or reinforcing existing records.

Late last year, US lawmakers passed a law requiring private ownership data for registered companies to be filed in a federal registry, but these efforts remain insufficient.

On the other hand, the lack of cooperation between governments and banks is a major obstacle to tackling financial crimes, because large money laundering operations are complex and cross-border, and the system of “mutual legal aid” used by countries in investigating this type of crime remains useless in light of the lack of information exchange .

The problem of lack of resources stems – according to the magazine – from the fact that this type of crime does not receive sufficient attention, such as violent crimes. In Britain, for example, financial fraud crimes account for more than a third of the reported crimes, but only less than 1% of police officers are tasked with investigating These issues.

Therefore, whatever banks spend in combating money laundering, criminals will not be held accountable if governments do not invest as required in providing resources for the police and judiciary specialized in these crimes.

Many observers have high hopes that the administration of US President Joe Biden will intensify efforts to fix the gaps in the global anti-money laundering system, especially after statements in which officials in the administration of the new president said that fighting corruption is a national security issue and has a priority.