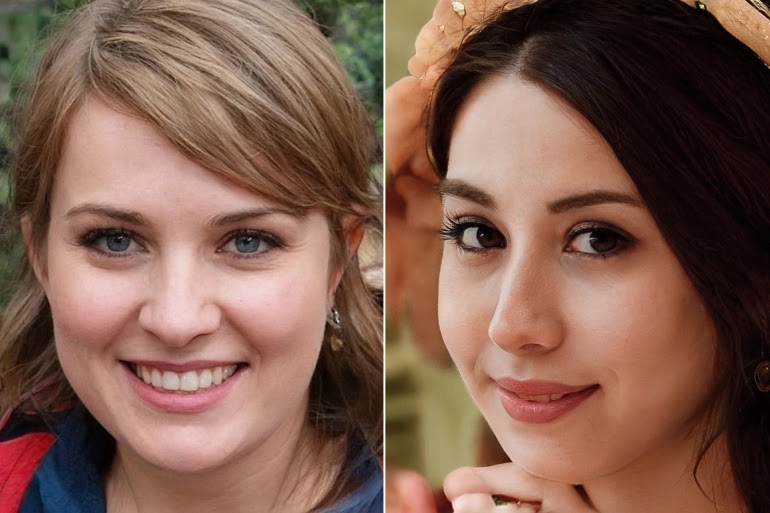 When looking at the pictures on the ThisPersonDoesNotExist site, one can hardly believe that these pictures are fake.

At first it seems to him that they are a database of people who might be wanted for justice, for example, but the developer Phil Wang confirmed that these faces are fake. In fact, the owners do not exist.

These seemingly realistic and impressive faces (fake pictures) were created by computer directly. It can be said more precisely that there are two networks of neural algorithms linked to each other, and they are constantly being trained by images of real people.

The process of falsifying images begins with a single neural network accounting for all possible human characteristics that are preserved during learning, from facial shapes to skin characteristics and eye colors to hairstyles.

Through this, completely new faces are created, and then the other neural network analyzes the result through experimental values, and if the fake face passes the “reality check”, it is shown in its final image, and in the event that the test does not pass it will be returned to the first neural network for modification. 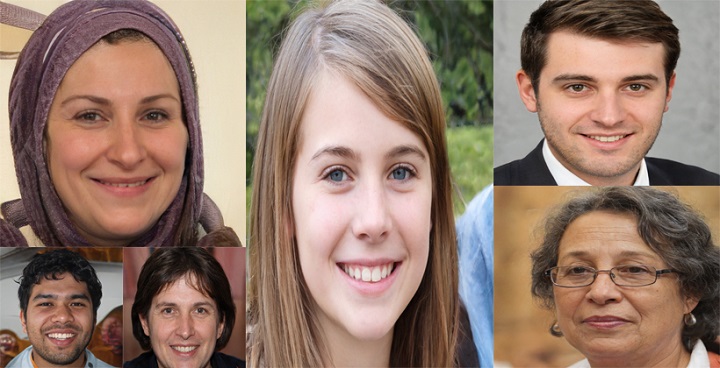 The results appear so realistic in more than 90% of cases that no one will doubt the authenticity of the image as long as they do not know how it was created.

Some defects may appear in the fake faces, for example there may be an error in the symmetry of the face or in the structure of the skin, or there may be transition areas in the background.

Twitter is currently abounding with countless numbers of artificial intelligence images; Where the company provides the user with the ability to bring life to the images of the uploaded faces while moving the head, eyes and smiling as well.

This technology is known as “Deep Nostalgia”, and works realistically and well with faces of paintings and sculptures.