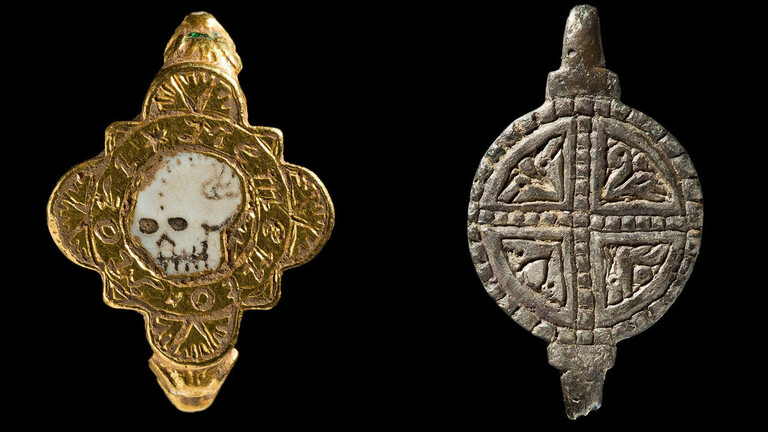 Metal excavators in Wales have discovered nine priceless artifacts from the Middle Ages onwards, including a gold ring adorned with a spooky-looking skull made of white enamel.

After analyzing the holdings, Graeme David Hughes, the chief forensic pathologist for South Wales Central in the United Kingdom, officially declared them to be the original “treasures”.

Altogether, these treasures include three gold and silver coins, gold and silver rings, and personal effects worn by upper-class members of Welsh society from the 9th to the 17th centuries AD, according to a statement issued by the National Museum of Wales, Amgueddfa Cymru, on March 29. 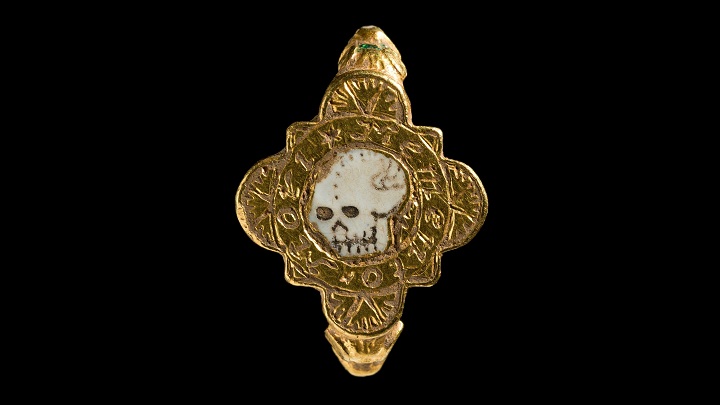 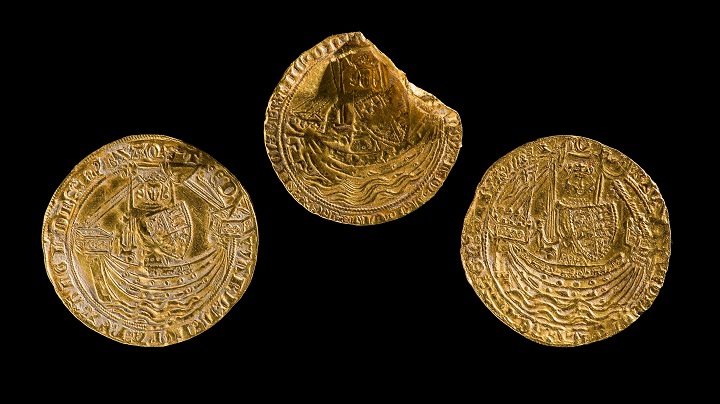 The faded skull ring caught the attention of metal detector David Balfour, who found it in Kargova.

The grafted enamel skull is likely to symbolize death, as it is surrounded by the phrase Memento Mori, which in Latin means “Remember you must die.” Analysis of the shape, style, and line of the ring indicates that it dates back to between 1550 and 1650.

“This is a rare example of a Tudor ring or early Memento Mori with a pronounced Welsh origin. His view reflects the high mortality of the period, and the ornament and engraving that acknowledges the brevity and vanity of life,” said Mark Redknapp, vice president of collections and research at the Amgueddfa Cymru Museum.

Another treasure, a double-hooked silver lock from the Middle Ages, was likely used by the Anglo-Saxons during the 9th century. It probably had two purposes: to tie an upper garment, and to act as an elegant piece of jewelry, as it was decorated with patterns resembling animals. 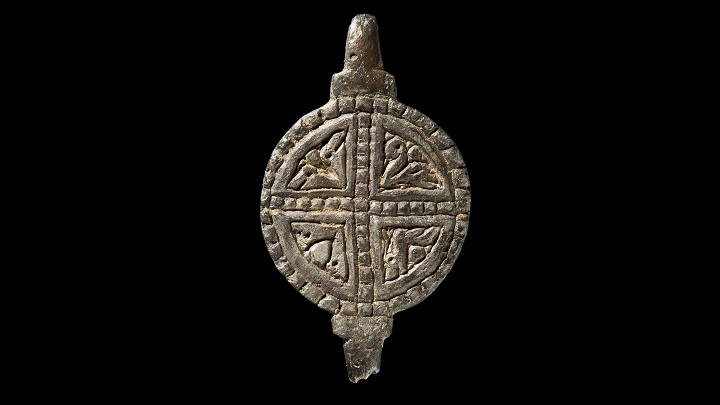 “This unusual thing is the first Anglo-Saxon double-hook lock to be recognized in Wales. It reflects the status of the original owner and provides new evidence for uncovering Anglo-Saxon patterns within the early Welsh kingdoms, and the influences from which a Welsh identity emerged,” Redknapp said.

Meanwhile, another gold ring, known as the posy ring engraved with the slogan “Be steadfast to the end”, was found in the town of Talgarth. It dates back to the post-medieval period in the late seventeenth or early eighteenth century, according to the statement.

These particular artifacts are among the 20 to 45 treasures that are reported in Wales each year. M

ore than 550 treasures have been found and analyzed since the Portable Antiquities Scheme began in Wales in 1997.