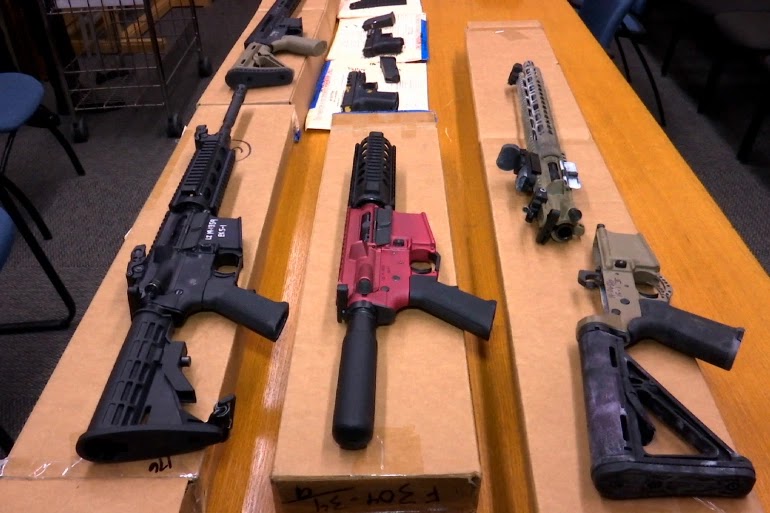 At least one person was killed in a shooting incident in Texas, in conjunction with President Joe Biden’s announcement of a plan to limit the spread of weapons.

Official figures showed tens of thousands of deaths from shooting incidents in the country over the past 15 months.

Police said that at least one person was killed and others were wounded Thursday when a gunman opened fire in a company in Central Texas, the latest attack in a series of armed violence in the United States about 3 weeks ago.

The city police chief, Eric Bosque, said that the shooting took place at Kent More Cabins in Brian, Texas, and that the suspect was believed to be employees of the company.

The incident came hours after Biden and his Attorney General Merrick Garland announced limited measures to address the escalation of armed violence in the United States.

“Gun violence in this country is an epidemic, and it’s an international embarrassment,” Biden Speaking in the White House Rose Garden on Thursday,  adding that 106 people are killed every day by guns in the country.

“This is an epidemic for God’s sake. And it has to stop,” he continued.

Biden’s executive order gives the Justice Department 30 days to propose a rule that will help reduce the number of so-called “ghost guns”.

These guns are self-assembled, which means they do not contain a serial number and cannot be traced.

Background checks are also not required to purchase the assembly kits.

“Anyone from a criminal to a terrorist can buy this kit and, in as little as 30 minutes, put together a weapon,” Biden said.

Experts say that these homemade guns are increasingly being used in crimes. Over 40% of guns being seized in Los Angeles are ghost guns, according to federal firearms officials.

Biden is also giving the Justice Department two months to come up with a rule on stabilizing braces for pistols. Under the rule, a pistol used with a stabilizing brace would be classified as a short-barreled rifle, which requires much more stringent background checks under the National Firearms Act.

The Justice Department has also been asked to draft a “red flag law” which states can then use to create their own legislation. These laws authorize the courts and law enforcement to remove guns from people thought to be a risk to the community.

In 2020 alone, more than 43,000 people were killed by firearms in the United States, according to the Gun Violence Archive website.

This organization counted 611 “mass shootings”, meaning that at least 4 casualties were expected in 2020, compared to 417 the previous year.

Since the first of last January, more than 4,000 people have been killed by a firearm.

Many Americans remain tightly attached to their weapons, and have rushed to buy more of them after the outbreak of the new Corona epidemic, and even during major anti-racism protests in the spring and election tensions in the fall.

The White House said in a statement that “gun violence kills people and leaves behind a lasting legacy of psychological trauma within societies daily in this country, even when it does not lead the evening news,” explaining that the president “pledged to take measures to reduce all forms of violence through firearms.”