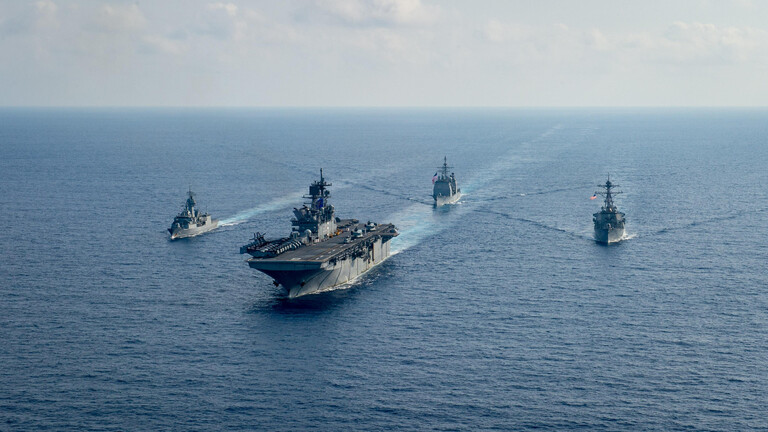 The American “Wall Street Journal” reported that boats belonging to the Iranian Revolutionary Guard surrounded two US Navy ships in the Gulf early this month.

US Navy officials confirmed that “three fast attack boats and one Harth 55, a 180-foot dual-hull support vessel, crowded around two US Coast Guard ships as they patrolled international waters in the southern part of the Gulf.”

They added that “the larger ship crossed repeatedly in front of the arcs of the two American ships,” Monomoy “and” Wrangell “, at a distance of 64 meters.”

They pointed out that this prompted ” Wrangell” to carry out defensive maneuvers to avoid a collision.

The newspaper pointed out that “the accident occurred on April 2, at a time when the United States and Iran announced that they would conduct negotiations on the Iranian nuclear deal.”