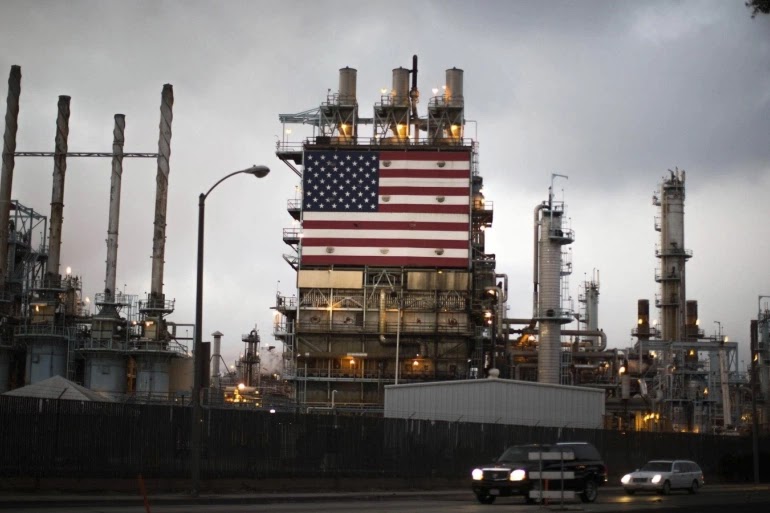 The latest report issued by Standard & Poor’s – which is one of the three major credit rating agencies in the world – stated that the share of US imports of Russian oil reached a record level and accounted for 8% of the total volume of oil imports to the United States in January of this year.

In an article published by the Russian Strategic Center for Cultures website, writer Vladimir Malyshev stated that this share is increasing after the United States’ imports of Russian crude oil in 2018 accounted for 4% of total imports, according to Standard & Poor’s data.

In fact, the total volume of Russian oil supplies to the United States currently exceeds that of Saudi Arabia, and while US imports of Russian oil have reached it highest level in 10 years, US refiners continue to increase their sales volume.

According to the US Energy Information Administration, the volume of daily Russian oil and petroleum products imports reached 648,000 barrels in January of this year, which is the highest rate achieved by the competing producer since June 2012, noting that the daily volume of Russian oil supplies to the United States has not Exceeding 538,000 barrels in 2020.

American refineries do not import crude oil from Russia, and their imports are limited only to fuel oil. It is worth noting that on April 15, US President Joe Biden issued a decree imposing sanctions aimed at reducing the aggressive and harmful acts of the Russian government, with the exception of the energy sector, as the sanctions imposed target Russian legal entities and Russian natural persons.

In recent months, the demand for Russian oil from the Ural and Varandey crude trade brands has grown. According to data from the US Energy Department, Russia ranked second in the list of the largest black gold exporters to the United States, while Canada ranks first.

After losing Venezuela as a source to import heavy oil due to the sanctions imposed on it, the Americans found in Russia an alternative resource, according to the same report.

In response to the author’s question about the reasons that push the United States to buy oil from abroad, even though it is the largest producer for it, Alexei Kalachov, an economist and oil policy expert at the “Veenam” for securities and investment, stated that the American refineries operate with a certain type of products, and this justifies Americans need Russian oil.

The expert continued, saying that most of the heavy oil in the United States is imported from Venezuela, and in light of the imposition of severe sanctions on it, it became clear that Russian oil has become the most suitable for American refineries.

For his part, Konstantin Simonov, head of the National Energy Security Fund, a Russian expert in gas affairs, said, “The Democratic Party blames Trump for everything at the present time, saying look at what he brought to the United States, as the Russians are supplying a certain volume of oil “.

For his part, Trump himself said last January that Biden will come up with his green program, which will negatively affect the US shale oil industry and help Russia acquire the US oil market.

The Washington Post stated, in one of its articles published in February this year, that a year after the imposition of the oil embargo on Venezuela, it has become clear that American investors are the only losers, while Russia is the clear winner.

Moreover, the agreements between Moscow and Caracas regarding oil production, transportation and sale in other markets have turned into an amazingly lucrative business for the Russian side.

According to the Washington Post, citing US officials, Rosneft acquires 400,000 barrels of Venezuelan oil per day, equivalent to more than half of Venezuela’s production.

Against the background of this trade, Washington’s attempts to prevent completion of the “Nord Stream 2” gas pipeline could be reassessed under the pretext of preventing Europe’s increasing dependence on Russia.