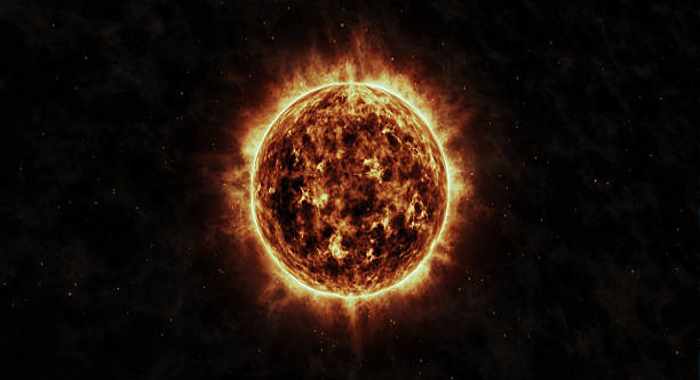 Astronomers have discovered an exceedingly old star at the edge of our galaxy that seems to have formed only a few million years after the Big Bang – and what they are learning from it could  affect their understanding of the birth of the universe.

According to a study published last week in the “Astrophysical Journal Letters”, researchers found the star during a survey of the sky with a technique called “narrowband photometry”, which measures the brightness of distant stars at different wavelengths, and can detect stars that contain low levels of Heavy elements.

The researchers studied the star known with its scan number, “SPLUS J2104−0049”, using high-resolution spectroscopy, to determine its chemical composition.

The study authors found that the rare star is extremely poor in metals, indicating that it is one of the oldest stars ever discovered.

Astronomer Vinicius Placco of the National Science Foundation’s astronomical research laboratory NOIRLab in Tucson, Arizona, said that the star “is very rare, and we know only 35 stars of this type, after research that continued for decades.”

He added that the star is a “red giant”, its mass is close to 80 % of the mass of the sun, – is at least 10 billion years old and possibly just a few million years younger than the universe itself, which astronomers estimate is 13.8 billion years old.

The researchers used data from an astronomical survey conducted by a telescope in “Cerro Tololo” in northern Chile, which revealed the presence of the star within the halo of our “Milky Way” galaxy, but it is far from its main disk, and is located at a distance of 16,000 light years from Earth.

Placco pointed out that the initial survey covered about 20 million stars, of which about 200 were chosen to be examined using medium-resolution spectroscopy, by the “Southern Gemini Telescope” for the “Noirlab” laboratory, in the Chilean Andes.

The researchers’ interest aroused the interest of the star, and they conducted further investigations using high-resolution spectroscopy by “Magellan Telescopes”, operated by the United States in the Atacama Desert in Chile.

The observations show that SPLUS J2104−0049 is extremely poor in heavy elements and that it has one of the lowest levels of carbon recorded.

That implies that it is a very early “Population II” star that formed from the remnants of exploded “Population III” stars – the very first population of pristine stars, containing only hydrogen and helium, that formed only a few million years after matter was created in the Big Bang.

Most stars, such as the sun, are third-generation “Population I” stars that contain relatively heavy elements  such as iron, nickel, carbon and oxygen.

Those heavy elements were created by fusion within Population II stars that exploded as supernovas and seeded them into interstellar clouds.

The Sun, whose heavy elements make up about 2 percent of its mass, is estimated to be 4.6 billion years old, and astronomers believe that it has another 5 billion years before it swells into a red giant star that will swallow the Earth and then turn into a white dwarf star.

Placco explained that the conditions under which the star was formed indicate that it merged from a stellar cloud after the explosion of one of the “first generation” stars, whose mass is about 30 times the mass of our sun, and is formed by a different fusion process than expected, which may lead to a better understanding of the emergence of The stars are in the early age of the universe.

The astronomer pointed out that The discovery shows the value of the narrowband photometry surveys for identifying ultra metal-poor stars and suggests that even more could be found.