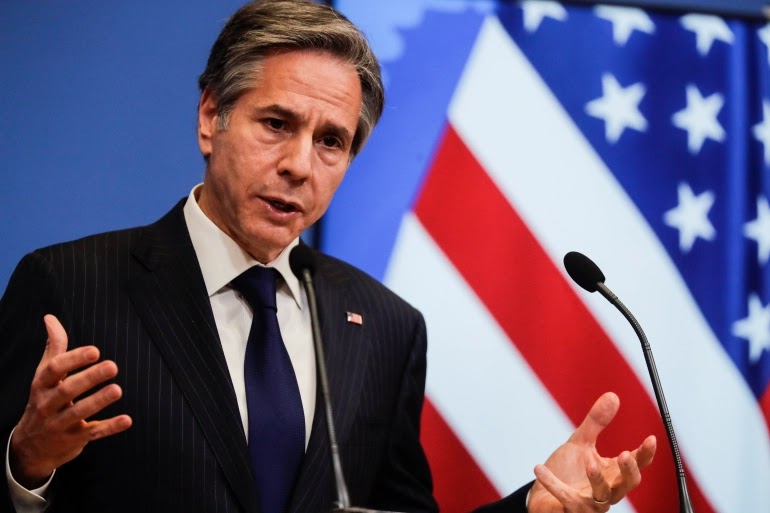 US Secretary of State Anthony Blinken affirmed – in a call with his Israeli counterpart Gabi Ashkenazi – that the Israelis and Palestinians should be able to live in safety and security.

The State Department revealed that Blinken, in his call with his Israeli counterpart, called on all parties to calm tensions and stop the violence.

Blinken had said two days ago that “all parties need to de-escalate, reduce tension and take practical steps to calm things,” in his comment on developments in the occupied Palestinian territories and Gaza.

National Security Adviser Jake Sullivan also spoke with his Israeli counterpart and “reiterated the serious concerns of the United States” about the possible evictions of Palestinian families from their homes in the Sheikh Jarrah neighborhood of Jerusalem, but at the same time expressed “the commitment of the US administration to the security of Israel.”

Meanwhile, White House press secretary Jane Saki responded to a question about recent developments – during a press conference on Monday – that the administration “continues to closely monitor the situation.”