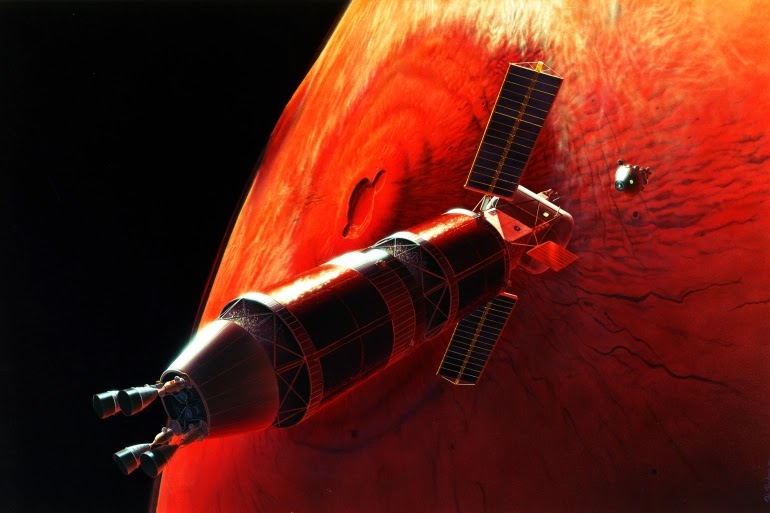 After the famous American physicist, Neil Tyson, sparked the controversy by publishing the composite image in an image-processing program for a branch of the famous American McDonald’s restaurant chain in the Martian desert on his Twitter account, an important question arose among the audience: Can we really live on Mars someday? 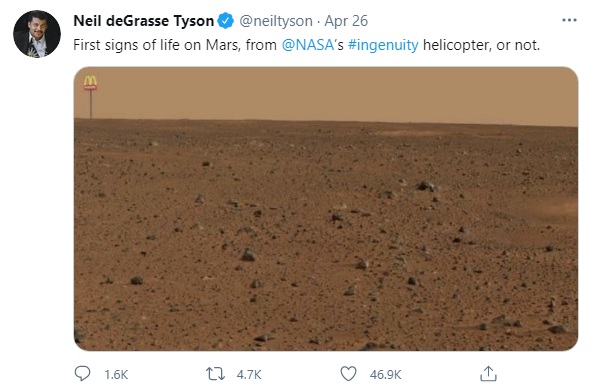 In fact, there are already several research plans in place that aspire to one day to achieve this goal, but we do not yet have official timetables for conducting any of these plans, but global space agencies such as NASA and the European Space Agency have not yet set a date for the arrival of humans to Mars on the first exploration visit.

Elon Musk, the American billionaire founder of SpaceX, believes that by 2060 there will be an entire human colony on Mars with about a million people living in it.

Musk speaks from an economic point of view believes that the tremendous progress achieved by space technology, by reaching a stage in which missiles can be reused, will bring humans closer to the era of cheap spaceflight, and thus a whole system of rockets that go to Mars and come from it to Earth can be built periodically to deliver People and resources.

On the other hand, some research bodies have already started activities trying to solve the problem of residing on Mars. For example, an American company called Ai Space Factory won an architecture competition for the design of Mars homes launched by NASA.

The company won $ 500,000 in prize money and started building their project, which is to use huge 3D printers to build large cylindrical homes made of composite basalt and fibers, materials that can be easily found or built on Mars.

China is also currently planning a project aimed at creating lunar conditions inside a closed unit on Earth, designed to accept the existence of human life for a long time without the need for external supplies. It was called “Moon Palace”, and Chinese astronauts have already managed to spend 370 consecutive days in it.

This unit is designed so that its residents obtain oxygen and food from the plants grown inside it, as well as recycle the water to purify it and use it again.

In his series of tweets, Neil Tyson has already mentioned something similar when he referred to the movie “The Martian” starring American actor Matt Damon, in which astronaut Mark Whitney spends nearly 600 days on the surface of the moon before rescue arrives, during which he tries to create a sustainable environment.

Obstacles on the way

But even if we can build such projects, which is doubtful because the cost would be enormous, there are many huge problems facing the idea of humans residing on Mars.

The first of these problems is related to the difference in gravity. Gravity on Mars is one third of the Earth, and this will negatively affect the bones and muscles of people, and there is a high risk of osteoporosis and cardiovascular problems. 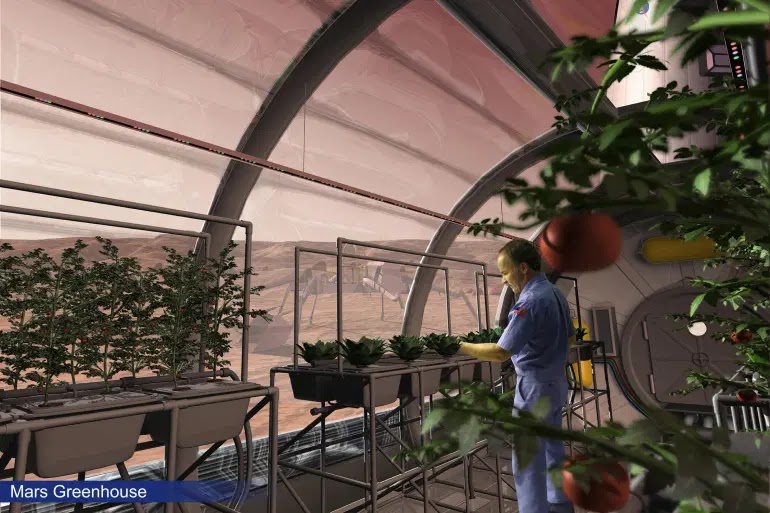 On the other hand, Mars has a weaker magnetic envelope than Earth, and therefore it cannot protect the planet’s surface from ionizing cosmic radiation coming from space, which may cause many diseases.

Despite this, the dreams of Neil Tyson and Elon Musk remain possible, as the progress made by humans in the technical ranges is accelerating tremendously, and the development that took place in a century ago can only happen in 10 future years, so we don’t know what will happen by 2060.