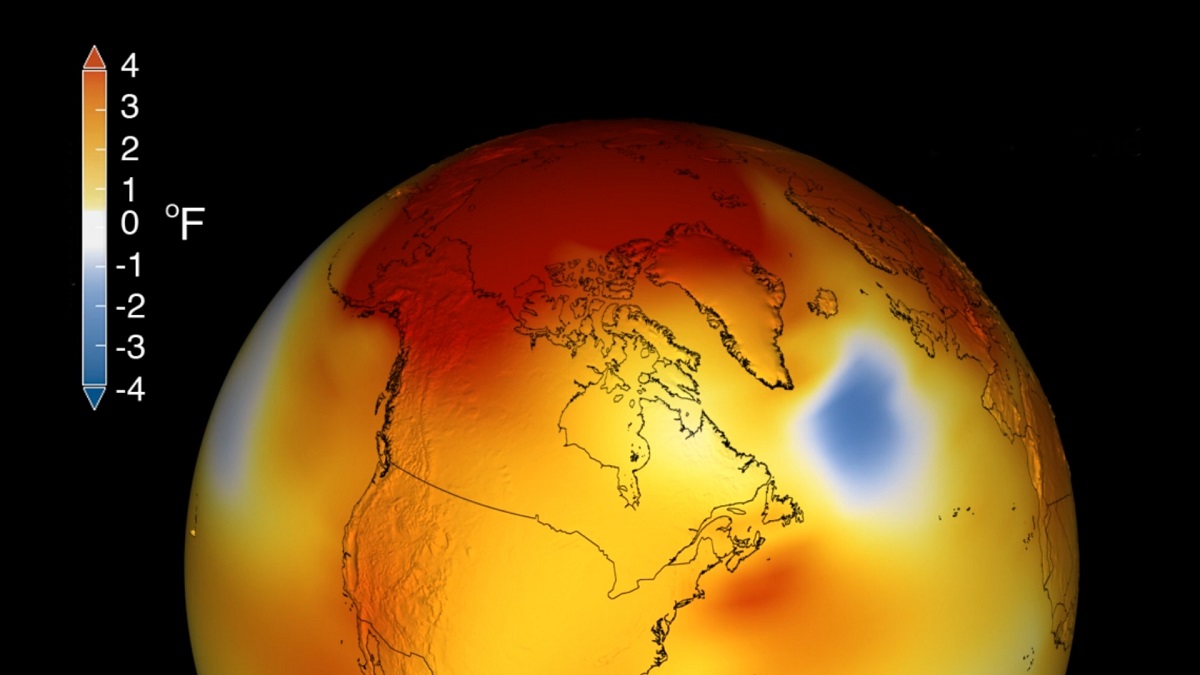 Researchers from Northern Arizona University created temperature curves for each major biome around the world to predict the potential impact of global warming.

The study warns that Earth is on the verge of a deadly “tipping point” for climate change, with the planet’s ability to absorb a third of human-caused emissions likely to be halved by 2050.

The terrestrial biosphere does much of Earth’s “breathing,” exchanging carbon dioxide and oxygen. Ecosystems across the globe pull in carbon dioxide through photosynthesis and release it back to the atmosphere via the respiration of microbes and plants. Over the past few decades, the biosphere has generally taken in more carbon than it has released, mitigating climate change.

The researchers found that temperature “peaks” for carbon uptake — 18 degrees C for the more widespread C3 plants and 28 degrees C for C4 plants — are already being exceeded in nature, but saw no temperature check on respiration.

This means that in many biomes, continued warming will cause photosynthesis to decline while respiration rates rise exponentially, tipping the balance of ecosystems from carbon sink to carbon source and accelerating climate change.

“Different types of plants vary in the details of their temperature responses, but all show declines in photosynthesis when it gets too warm,” said NAU co-author George Koch.

Currently, less than 10% of Earth’s biosphere experiences temperatures that exceed the maximum photosynthesis limit that researchers have discovered. But at the current rate of emissions, up to half of the terrestrial biosphere could be exposed to temperatures above this productivity threshold by 2050.

How much can plants survive?

“The Earth has a steadily growing fever, and much like the human body, we know every biological process has a range of temperatures at which it performs optimally, and ones above which function deteriorates,” Duffy said. “So, we wanted to ask, how much can plants withstand?“

“We know that the optimum temperature for humans is around 37 degrees Fahrenheit,” Duffy said. “But we in the scientific community do not know what is ideal for a terrestrial biosphere.”

For her research, Dr Duffy collaborated with Woodwell Climate and Waikato University, until they developed a new approach that allowed the team to generate temperature curves for each major biome and the world at large.

The results reveal a critical temperature shift after which the ability of plants to capture and store carbon in the atmosphere, known as a “terrestrial carbon sink”, diminishes as temperatures continue to rise.

The researchers warned that the temperature of carbon absorption has already been exceeded in nature.

This means that in many biomes, continued warming will decrease photosynthesis while respiratory rates rise dramatically, upending the balance of ecosystems from a carbon sink to a source of carbon and accelerating climate change.

“The most surprising thing that our analysis showed was that the optimum temperature for photosynthesis in all ecosystems was very low,” added co-author Professor Vic Arcus, from the University of Waikato, New Zealand. “The results indicate that any temperature increase above 64.4°F is potentially harmful.”

The United Nations climate agreement in Paris obliges governments around the world to take measures that restrict global temperatures from increasing by more than 3.6°F above pre-industrial levels, by 2100.