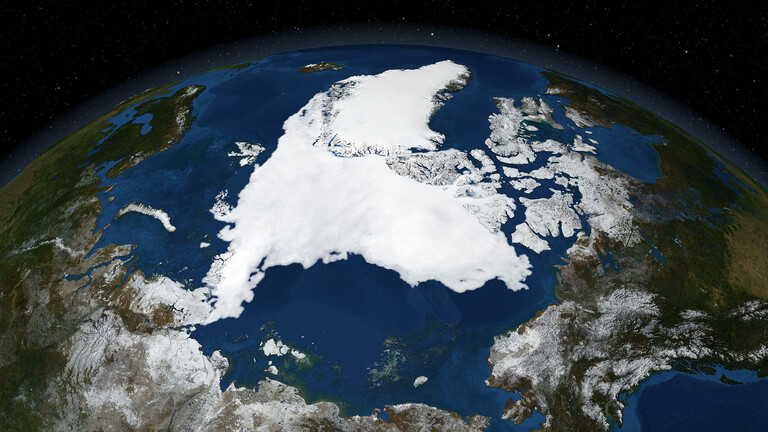 An international team of scientists found that glaciers around the world are melting faster, resulting in a loss of 31% of snow and ice annually than they were 15 years ago.

In an article published in the journal Nature, these scientists attributed the reason to climate change caused by burning fossil fuels.

The researchers analyzed satellite data and calculated that 220,000 mountain glaciers have lost more than 298 billion tons of snow and ice annually since 2015.

It was observed that this volume of water is sufficient to cover Switzerland with 7.2 meters of water height. At the same time, the rate of melting from 2015 to 2019 increased by 71 billion tons annually, compared to the period between 2000-2004, while half of the global ice cover losses occur in the United States and Canada.

Alaska’s melt rates are “among the highest on the planet,” with the Columbia glacier retreating about 115 feet (35 meters) a year.

Almost all the world’s glaciers are melting, even ones in Tibet that used to be stable, the study found. Except for a few in Iceland and Scandinavia that are fed by increased precipitation, the melt rates are accelerating around the world.

Experts predict that shrinking glaciers could be a disaster for millions of people who depend on them as a source of water, and the rapid melting of these glaciers could cause fatal breakthroughs in glaciers, for example, in India.

“Ten years ago, we were saying that the glaciers are the indicator of climate change, but now actually they’ve become a memorial of the climate crisis,” said World Glacier Monitoring Service Director Michael Zemp, who wasn’t part of the study.