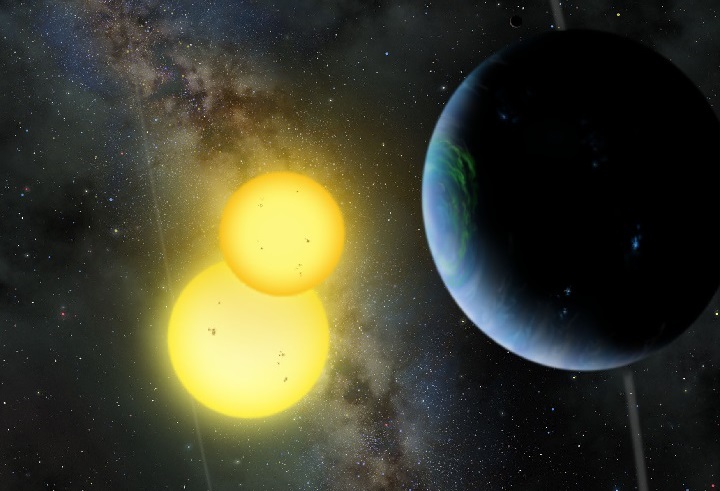 Five double-star systems, each with a planet capable of supporting life, have been discovered by a team of scientists using data from NASA’s Kepler space telescope.

University of Illinois scientists used Kepler data to create a new methodology that could identify two-star systems that could host habitable Earth-like planets.

The researchers studied the effects of the double-star and giant planets on habitable regions in nine systems observed by the Kepler mission.

Each of the systems they chose had at least one planet as large as Neptune in the solar system. And they did so because they wanted to prove that the existence of a large planet does not preclude the opportunity for habitable worlds to develop in the temperate zone – the region where liquid water could flow onto the surface of a planet.

‘Life is far most likely to evolve on planets located within their system’s Habitable Zone, just like Earth,’ says corresponding author Dr Nikolaos Georgakarakos, a research associate from the Division of Science at New York University Abu Dhabi.

They found that Kepler-34, 35, 38, 64, and 413 were promising targets – with Kepler-38 being the best candidate for hosting Earth-like worlds with oceans.

These are all multi-star systems that have configurations that support a permanent ‘habitable zone’ that won’t be ‘pushed out’ by the gravitational pull of the stars.

They all have two stars in one configuration or another, apart from Kepler-64, which despite having four suns, could be home to a habitable rocky world. 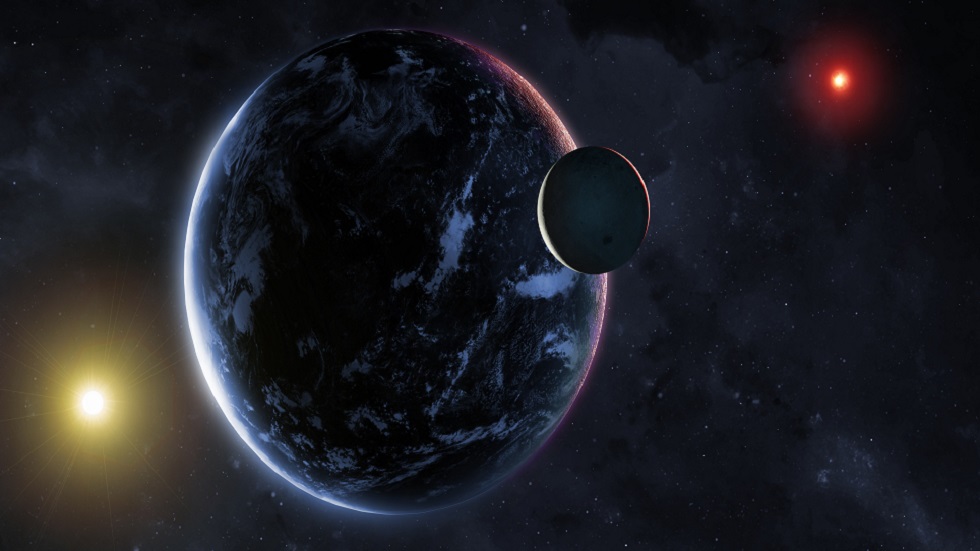 So far, a Neptune-sized planet has been found orbiting the larger star but it is thought there are more planets within the habitable zone not yet discovered.

The Earth’s orbit around the sun is almost circular, which ensures that the planet receives a somewhat constant amount of radiation on a permanent basis.

But that isn’t true for planets that orbit two suns as the second star would provide an additional source of radiation and gravitational pull.

Even if the planet’s orbit was initially circular around the two stars, it would become elliptic over time due to the push and pull of both parental bodies.

Because of this, dynamical stability is a necessary condition for habitability of a two-sun planet, but it is not the only one.

‘If a planet comes too close to its suns its oceans could boil away. If the planet is too far out, or even ejected from a system, water on its surface will ultimately freeze, as will the atmosphere itself, like CO2 that forms seasonal polar caps on Mars.

Once we confirm that a potentially habitable planet is in a stable orbit, we can proceed to investigate how much radiation it receives from the two stars over time.

By modeling the evolution of stars and the orbits of planets, we can estimate the actual amount, or radiation, that the planet receives.