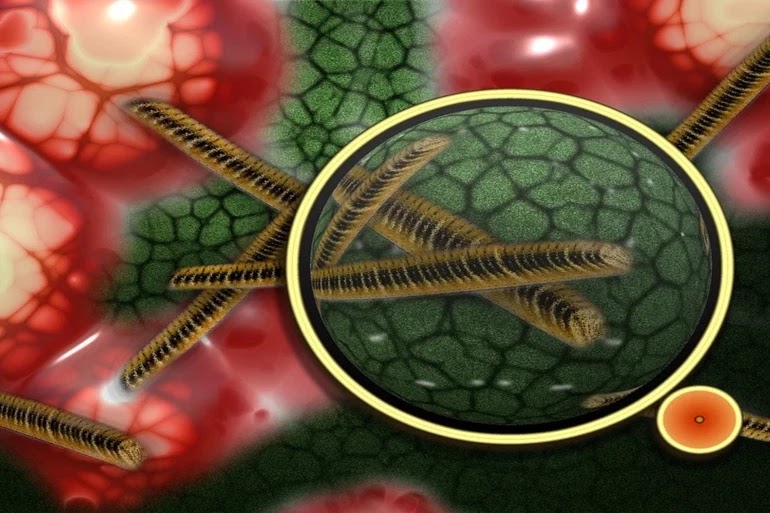 Copper remains one of the single most ubiquitous metals in everyday life. As a conductor of heat and electricity, it is utilized in wires, roofing and plumbing, as well as a catalyst for petrochemical plants, solar and electrical conductors and for a wide range of energy related applications. Therefore, any method that increases its productivity is extremely beneficial in many aspects of our daily life.

The extraction of copper from mines is associated with a number of risks, such as exposure to its toxicity, as well as extracting large quantities of it is one of the challenges facing copper mining operations.

The world’s reserves of copper are estimated at about one billion tons, and the annual mining operations are approximately 12.5 million metric tons, which means that the world’s remaining reserves are sufficient for 65 years.

Another challenge we face during the mining and extraction processes of feasible quantities is exposure to sulfur dioxide and nitrogen dioxide during copper smelting.

However, bacteria may have a solution to mitigate these challenges related to copper extraction and extraction. Recently, a study published in the journal Science Advances on April 23 showed that bacteria living in copper mines convert toxic copper into stable, monoatomic copper.

According to the press release published by the University of Houston in the United States in response to the study, its researchers were able – in cooperation with researchers from the University of São Paulo in Brazil – to understand how the copper-resistant bacteria found in A copper mine in Brazil – conversion of copper sulfate ions (CuSO4 ions) to unequal monatomic copper (Cu0).

The presence of bacteria in copper mines is not surprising. Scientists already know this, but they are ignorant of “the role that these bacteria play in those mines,” says Francisco Hernandez, a professor in the Faculty of Mechanical Engineering Technology at the University of Houston who is involved in the study.

Therefore, scientists decided to look at these Bacillus bacteria by placing them under the lens of an electron microscope to find out their exact role, only to discover that they are able to separate and extract single copper atoms.

Here it should be noted that separating a single copper atom by chemical methods is very difficult, requiring a mixture of harsh chemicals, but the bacteria were able to separate those single atoms “naturally, which is surprising”, as Hernandez adds.

Scientists were able to determine the nature of a single copper atom, relying on the results provided by electron microscopy. They were also able to learn about the bacterial mechanism that helped convert copper sulfate into copper.

The discovery is unique and described by Deborah Rodriguez, professor of civil and environmental engineering at the University of Houston and a senior researcher of the study. A process that, if produced artificially, would have required intense effort and a great cost, and would not be done with this degree of purity. “

“The bacteria use unique biological pathways as well as proteins that can extract divalent copper (Cu2 +) and convert it into zero-valued monoatomic copper (Cu0),” Rodriguez adds.

Regarding the reason why bacteria do this process, Rodriguez goes on to say that “the bacteria aim to create a less toxic environment for themselves by converting ionic copper into monoatomic copper, but it also benefits us.”

These results provide a safer and more efficient way to produce single atoms of the element copper instead of the traditional methods currently used, such as chemical vapor deposition, sputtering, and femtosecond laser ablation.

“In the next step, we will collect the copper samples made by these bacterial cells, and then use them for some practical applications,” Rodriguez concludes.