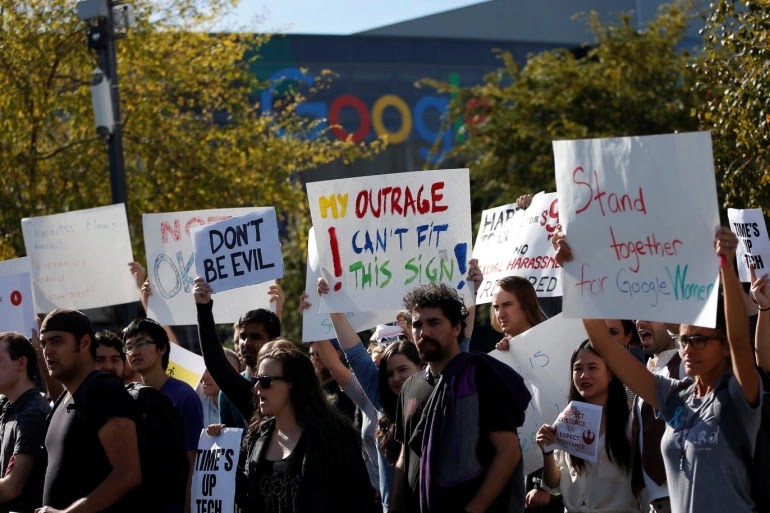 Google was one of the first big companies to move its workforce out of the office in the early days of the pandemic, but now it’s calling employees back. Some of them said they don’t intend to return.

While tech firms such as Microsoft and Twitter have announced plans to allow employees to work from home permanently, Google has resisted going fully remote, and employees said there’s an increasing sense of frustration among a faction of the workforce.

That frustration spilled over into social media last week, as Chris Broadfoot, a programmer at Google, wrote Thursday: “I spoke to quite a few colleagues at Google and they said they would quit if they were forced to return to the office in September.”

Several other employees joined the conversation to share their opinion, and some said they might look for another job if Google forces them to return to the offices.

Six current Google employees – who spoke to Insider – shared the same sentiment and said they know their colleagues who have taken steps to permanently work remotely during the pandemic. They requested anonymity because they were not authorized to speak to the press.

“A lot of my colleagues have left with no real intention to return,” said one of those employees. “Most of them were in that age group of 30 to 40 years.”

Another said that at least two employees in their group had made permanent measures of their way of life during the epidemic, expecting not to return to the office even if asked to do so.

Google told employees that they are expected to return to offices by September 2021, but last December the company said it would try a new flexible arrangement where employees are expected to work out of the office 3 days a week.

The company has provided some specific details of the new arrangement, and employees are pressing officials for answers.

Google has never said that it will offer remote work completely to anyone who wants it, but with the deadline to return to offices pushed back, some employees have made arrangements to continue working remotely anyway, betting that Google will eventually follow other companies that allow employees to work from home permanently. Facebook announced last year that it would start allowing employees to work remotely.

“There are employees who are already leaving because they don’t want to wait until September. They want to go on with their lives,” said one employee.

A Google spokesman said the company would do a series of tests about working remotely, but said nothing had changed in terms of current policy.

Over the past few months, CEO Sundar Pichai has made other hints that Google is considering a flexible setup when employees return. Since then, questions about remote work have been continually put to leadership, said employees and internal materials viewed by Insider.

At one session last October, Pichai said he saw the majority of Google’s employee roles still be linked to an office, but said the company plans to expand the number of “central” offices in order to give employees more flexibility in the way they work.

Since then, employees have pressed the lead in order to clarify how flexible Google would like it to be, and whether the 3-day office rule will be applied equally across the company, but they say they are not getting answers.

During the company’s first-quarter earnings announcement this week, Chief Financial Officer Ruth Porat said that Alphabet intends to spend $ 7 billion in offices and data centers in 2021.

“We value bringing people together in the office. We are looking at a mixed model for working from home and at the office,” she added to an analyst.

Google may lose its employees

While some wait for answers about what they will look like, some employees take the initiative and walk away from their desks, while others do not see the need to go to the office until 3 days a week.

“I have no intentions of going back to Seattle every day so I can scurry from tiny room to tiny room on GVC calls,” tweeted Justin Beckwith, a Google engineering manager. “Right now I’m managing people in 8 cities spread across 5 time zones. What possible reason do I have to be in an office?”

But forcing employees to return could also mean a loss of talent for competitors with more flexible arrangements, as 3 Google employees told Insider that they had noticed an increase in letters from recruiters at other companies affirming their telework policies.

“I think they will have a talent drain if they force everyone to return in September,” said one of those employees.

Another person keen to move his family said, “If I don’t have a way to work remotely at Google by next spring, I’ll look elsewhere.”

Currently, Google is allowing employees to return voluntarily as offices have reopened, although employees must first pass a health survey and agree to follow the new health guidelines. And for those who don’t want to return yet, they still have that option.