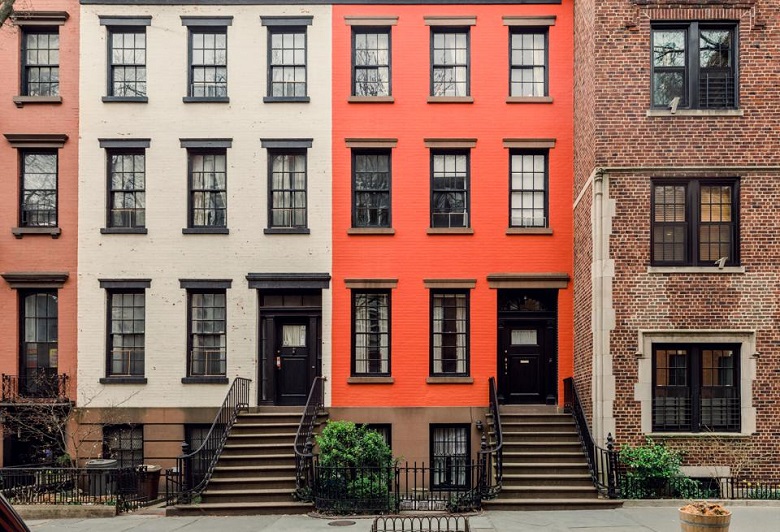 The staggering rise of U.S. home prices is forcing thousands of aspiring buyers into grueling, often risky bidding wars, raising questions about whether the torrid housing market could be in a bubble.

In a report published in the American newspaper “The Hill”, writer Sylvan Lane said that low mortgage rates, massive federal stimulus, closings and remote work, for nearly a year, led to a rapid increase in housing demand.

Meanwhile, the Corona pandemic has exacerbated the severe housing shortage, as a result of significant delays in building new homes and keeping some potential sellers on the sidelines because they were afraid to allow strangers to roam their homes during the epidemic.

The average home price rose in April by 20%, to $ 347.5 thousand, compared to last year, and the average home remains only 20 days in the market before selling, according to data released on Friday by Redfin, a property listing website.

House prices rose 12% year-on-year in February, the fastest rate since 1996, according to the most closely watched S&P CoreLogic Case-Shiller home price index reading.

“We really sort of exacerbated this imbalance where demand was really strong but supply was unbelievably constrained,” said Mike Fratantoni, chief economist for the Mortgage Bankers Association.

“You get into this year of record low levels of inventory, and that really is what’s spurring the very rapid home price growth,” he added.

Buyers with savings or equity in their current homes have helped keep up the pressure. Offers well above asking price are commonplace, and those unable to outbid competitors have upped the ante by waiving inspection requirements and restructuring offers with better immediate incentives for sellers.

According to experts, there is no clear end in sight to the massive home purchases, but they do not see the same warning signs that preceded the collapse of the housing bubble in the mid-2000s.

Though mortgage rates are low, lending standards have tightened considerably since the 2007-09 recession. The 2010 Dodd-Frank Wall Street reform law imposed much stricter home loan requirements to avoid another foreclosure crisis, and banks have also been wary of lending to all but the safest buyers because of pandemic-related uncertainty.

“A lot of the people who are buying today … are among the most creditworthy in the history of mortgage lending,” said Reggie Edwards, an economist at Redfin.

Edwards added that, unlike the current market, where demand for homes far exceeds supply, the foreclosure crisis was driven in part by lenders’ urging families to buy surplus homes they could not afford, and which buyers interested only in speculating made them more expensive.

Federal watchdogs have also expressed confidence that the housing market will not inflate to dangerous levels akin to 2007.

Federal Reserve Chairman Jerome Powell told reporters Wednesday that while the sharp rise in housing prices is not an “unalloyed good,” the Fed hasn’t picked up signs of financial instability or growing risks.

Powell, however, voiced concerns with how many potential first-time buyers could miss their chance to make a crucial investment after a crisis that drastically inflated wealth inequality.

A glimmer of hope

Housing construction has rebounded in recent months, and a gradual easing of coronavirus restrictions may prompt buyers to stay in urban centers that saw little displacement earlier in the pandemic.

But as long as intense demand continues to strain a housing supply shortage, an increasing number of Americans could be kept out of homeownership with years of potential implications.

The situation is particularly troubling for Black and Hispanic Americans, who had been locked out of the housing market for decades because of racial discrimination and have far less family wealth because of it than whites.