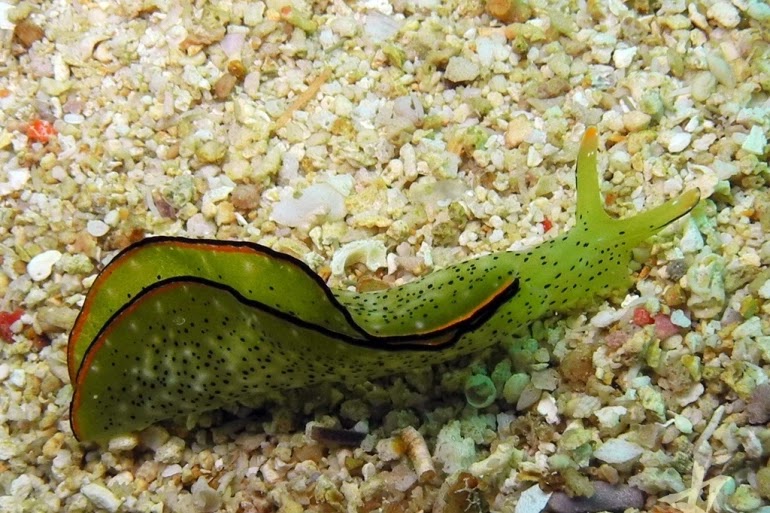 Japanese scientists recently discovered two species of sea slugs that can chop off their heads and regrow their entire bodies. This incredible feat of regeneration can be achieved in just a couple of weeks and is absolutely mind-blowing.

It is known that some types of animals, such as lizards, crocodiles or axolotls, acquire a natural ability to get rid of a part of the body such as a damaged tail or leg so that completely new limbs can be replaced by them.

But these sea slugs, which belong to a group called sacoglossans, can take it to the next level by growing an entirely new body from just their heads, which they seem to be able to detach from their original bodies on purpose.

What scientists recently noticed, according to a report by EurekAlert, that two types of marine slugs have the ability to regenerate the body was more exciting and strange, as they can separate their head from their body to completely regenerate it, including the heart and other vital organs.

This startling discovery was described in a study recently published in Current Biology by researchers at Nara Women’s University in Japan.

The researchers say that while raising several samples in the laboratory for study, they noticed an extremely rare form of autotomy, the ability to voluntarily separate a part of the body in two species of sea slug known scientifically as (Elysia cf. marginata) and (Elysia atroviridis). .

A video prepared by the researchers to document all stages of this amazing process, the separation process that lasts for a few hours before the head of the sea slug crawls out alone and continues to feed on algae, at a time when the “abandoned” body begins to wilt and gradually die.

“We were surprised to see the head moving just after autotomy,” said Sayaka Mitoh of Nara Women’s University in Japan. “We thought that it would die soon without a heart and other important organs, but we were surprised again to find that it regenerated the whole body.”

The team found that the body and head of the slug moved independently after their separation, and within a few days the injury to the back of the head healed, and a new heart appeared in the body after 7 days.

It took an additional two days for the bodies to fully regenerate, while the separate bodies continued to move and respond to touch for a few months.

These different results raise many questions for scientists who are unaware of the method in which the separation process is performed, but who believe that mollusk necks may contain stem or related cells.

The study authors say that the secret of this amazing sea snail’ head to live and completely regenerate the body may be due to photosynthesis, by assimilating the chloroplasts present in the algae that consume it, which would keep the head alive long enough to form a new body .

Why does separation happen?

But why do these organisms regenerate their bodies? The researchers don’t think this step helps the mollusks, for example, to escape from predators because the separation process is relatively slow and takes several hours for the head of a sea slug to separate from the body.

In contrast, they see a detachable body giving these marine slugs a radical and effective way to fight parasites. And like dogs that become infected with fleas, marine mollusks can be infected with copepods, which are small cousins of crabs and shrimps, some of which are attached to marine slugs.

In the study sample, the researchers monitored 82 marine mollusks infested with copepods. 3 of them abandoned their bodies and 2 managed to grow a new body. The other 39 mollusks infected with parasites left parts of their bodies that slowly detached.

In contrast, 64 healthy slugs did not shed their bodies, supporting the idea that parasites can push the heads of slugs to detach and crawl away from their bodies.

However, the study authors believe that the true causes behind these strange rituals and the mechanisms of their occurrence still need further study.