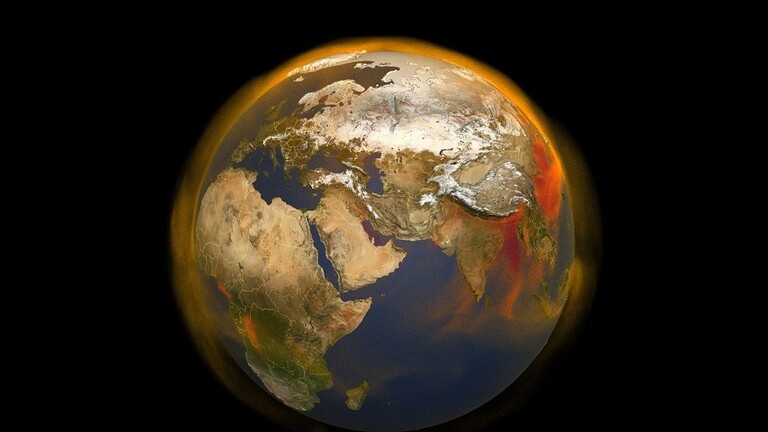 A pair of researchers from Toho University and NASA Nexus for Exoplanet System Science has found evidence, via simulation, that Earth will lose its oxygen-rich atmosphere in approximately 1 billion years.

In their paper published in the journal Nature Geoscience, Kazumi Ozaki and Christopher Reinhard describe the factors that went into their simulation and what it showed.

The researchers say that Earth’s atmosphere will maintain high levels of oxygen for the next billion years before dramatically returning to low levels reminiscent of those that existed prior to what is known as the Great Oxidation Event of about 2.4 billion years ago.

“We find that the Earth’s oxygenated atmosphere will not be a permanent feature,” says Ozaki.

Scientists all agree that life cannot go on forever on planet Earth—eventually, the sun will run out of energy and destroy itself. Life forms will likely find it increasingly difficult to survive prior to that though, as the sun grows hotter.

In this new effort, the researchers sought to find the tipping point for life—when the planet will no longer be able to support most plants and animals.

To find that tipping point, the researchers created a simulation of Earth that factored in variables that described the climate as well as geological and biological processes, and most importantly, the activity of the sun. The researchers then ran their simulation to see how the Earth fared far into the future.

The simulation showed that as the sun grew hotter, 1 billion years from now, releasing more energy, carbon dioxide levels in Earth’s atmosphere will begin to drop due to the gas absorbing the heat and breaking down. The ozone layer would also be burned away. Then, as carbon dioxide levels fall, plant life will begin to suffer, resulting in reduced production of oxygen.

“The drop in oxygen is very, very extreme – we’re talking around a million times less oxygen than there is today,” says Reinhard.

“The biosphere cannot adapt to such a dramatic shift in environmental change,” says Ozaki.

Afterwards, life on Earth will be exclusively microbial, says Reinhard. “A world where many of the anaerobic and primitive bacteria are currently hiding in the shadows will, again, take over.”

Terrestrial life will cease to exist, as will aquatic life. The ozone layer – which is made up of oxygen – will deplete, exposing Earth and its oceans to high levels of ultraviolet light and heat from the burning sun.

The researchers suggest that their simulation could be of use to those looking for life on other planets—the window of opportunity, they note, could be shorter than previously thought.