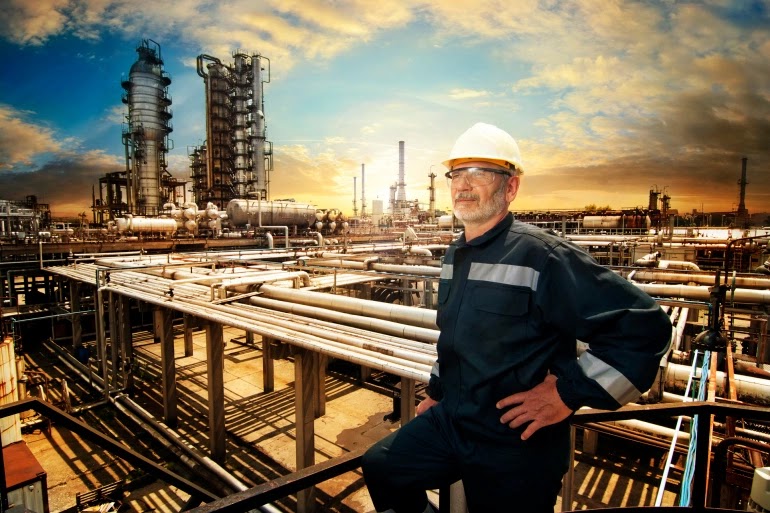 For their part, oil and gas companies are proposing to store carbon dioxide underground, which is not an ideal solution, but it allows them to benefit from the support.

The factory oven, which is the heart of steel manufacturing plants, has been operating around the clock for 60 years, and coal is still used to power this stove to a temperature of 2,000 degrees.

This plant uses huge quantities of fuel and annually emits enormous quantities of greenhouse gases equivalent to what a large city emits; That’s about 12 million tons of carbon dioxide.

To achieve carbon neutrality by 2050, the member states of the European Union – except for Poland, which are currently refusing to agree to this goal – are supposed to reduce emissions of carbon dioxide into the atmosphere.

During the next 30 years, this odorless gas will be classified as a hazardous waste. As such, getting rid of these gases will become costly, which is a major problem for high-emitting industries, such as the iron and steel company, ArcelorMittal.

Henri Pierre Orsini, responsible for the ArcelorMittal decarbonizing roadmap, is to find solutions to reduce the “carbon emissions” of ArcelorMittal, the largest crude steel producer in Europe and America.

Orsini acknowledges, “It is not possible for our industry at present to dispense with the use of coal. If we want steel production to become carbon neutral one day, greenhouse gases must be captured from the source; that is, in the blast furnace where the iron ore is smelted.”

This technology is called “carbon dioxide capture and storage”. Instead of releasing massive amounts of toxic gases into the atmosphere, they are captured at the source and then stored underground, to be released through the natural cycle. In this way, ArcelorMittal will acquire “green blast ovens”.

In order to apply the technology to capture and store carbon dioxide, the company intends to build two towers 24 meters high to separate the carbon dioxide from other gases using a solvent, and subsequently liquefy the gas.

The European Union bears 3 quarters of the cost of this pilot project.

But where will the carbon dioxide be stored once it is isolated and compressed?

“We might ship it or build gas pipelines,” Orsini says. The only certainty is that millions of tons of carbon dioxide should be stored somewhere; But at the moment there is no permanent storage location in Europe. “

The record of carbon dioxide storage technology is not remarkable, with only 18 projects dedicated to capturing and storing carbon dioxide worldwide, mainly developed by US oil companies; While all attempts in European countries to separate and store the unwanted gas have failed so far.

Since 2009, Brussels has invested nearly $ 1 billion in carbon dioxide capture and storage projects. The money went to energy companies such as France’s Alstom, Italy’s ENEL, and Sweden’s Vattenfall. But all of these companies quickly gave up because of the expense of projects or local opposition.

“We will no longer support projects for capturing and storing carbon dioxide in power plants, which are still running on coal,” says Artur Runge Metzger, from the General Directorate for Climate Action at the Commission in Brussels.

“For these industries, CO2 capture and storage technology is the ultimate hope for achieving carbon neutrality for 2050, as called for by the Paris climate agreement,” Metzger added.

The European Commission prefers to remain silent about the failure of this pilot project to capture and store carbon dioxide, and refuses to publish the final report for each company involved, despite the fact that European taxpayers have invested hundreds of millions of dollars in these projects.

The pressure for technology

In a sign of the enormous cost of these projects, the Court of Justice of the European Union affirmed that “the goal of testing new technologies has not been met, and none of the CO2 capture and storage programs have been successful”.

Despite the money injected into these programs, UNHCR is again planning to provide grants to develop technology to capture and store carbon dioxide from its multi-billion dollar fund. ArcelorMittal is one of the beneficiaries.

The internal documents of the European Commission, which Le Monde was able to access, reveal that the oil and gas lobby is the most supportive of the technology to capture and store carbon dioxide.

Representatives of oil companies as well as their lobbying group, the International Association of Oil and Gas Producers, have worked for years to promote this technology across Europe.

After a meeting with Exxon executives in November 2019, Clara de la Torre, Executive Vice President of the Climate Action Branch, expressed her “strong encouragement” to recognize the importance of the CCS, referring to the “innovation fund”, It is an ambitious European Union scholarship program.