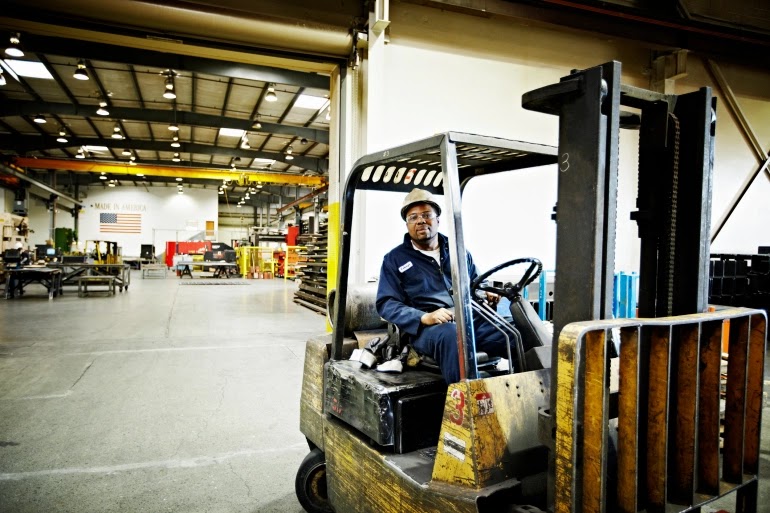 On March 23, 2018, former US President Donald Trump imposed 25% tariffs on steel imported from Canada, Mexico and the European Union, assuring Americans that the aim of these measures is to curtail “unfair” foreign competition and revive the faltering steel industry in the United States.

Trump created thousands of high-paying jobs, and 5 months later, He wrote on Twitter, “The tariffs have had a tremendous positive impact on our steel industry.”

In a report published in the American magazine “Foreign Affairs”, the two writers Benn Steil and Benjamin Della Rocca say that these fees did not achieve the goals that Trump spoke about, but rather formed a great burden on American steel importing companies, and cost them annual losses estimated at 3 billion dollars .

Steel prices in the United States decreased by 14% compared to what they were before the imposition of customs duties, and during that period, employment rates in steel factories did not exceed half the general rate in the private sector, and the shares of American steel companies decreased by 20%.

By the time of the presidential elections in November last year, steel prices were 12% lower than they were before the customs duties were imposed, employment in steel mills decreased by 4.2%, and the share prices of American steel companies lost 28% of their value.

There are 3 main factors that made these measures fail to achieve their stated goal of protecting the American steel industry, and they are:

The chances of the US steel industry to recover have risen dramatically since Trump’s defeat in the presidential election late last year.

The employment rate in steel factories increased by 1.4% by last February, despite the decline in the overall rate in the private sector by 1%, and this recovery is partly due to a number of factors, including the decline in steel supplies coming from the Chinese province of “Hebei”, namely A steel-producing region has been hit hard by the epidemic.

However, Biden’s victory undoubtedly played a major role in this recovery, and the new US president pledged to spend $ 2 trillion on modernizing the steel infrastructure, and Trump made similar promises during his 2016 election campaign, but he did nothing after taking office.

With the Democrats now controlling the White House and both chambers of Congress, investments in infrastructure seem almost certain, and Republicans have proposed allocating $ 568 billion in this regard.

An executive at a US steel company said last December, “The infrastructure bill will be very beneficial for the industry.” 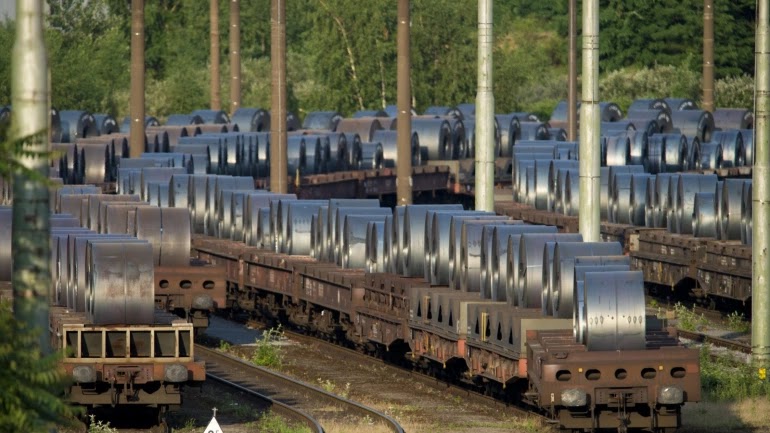 Biden’s handling of the health crisis – in terms of vaccine production and distribution, and financial support for affected families and small businesses – was much better than Trump’s response.

Although Trump expected the economy to collapse if Biden won the elections, what happened is exactly the opposite, as the US economy rebounded in light of optimistic expectations about the end of the epidemic and the reduction of its economic damage.

With Biden in the White House, there is real hope that global trade tensions will ease, and during his election campaign, Biden was cautious in discussing the fate of Trump’s fees, but after taking office he moved towards canceling tariffs imposed on the European Union and the United Kingdom.

These decisions, which ease trade tension with US allies, will revive the US manufacturing sector, which in turn means higher US steel sales.

The most important lessons

The steel industry in the United States continues to face significant challenges, as the employment rate has decreased since Trump took office in early 2017, and is likely to continue to decline with increased automation, but the solution to this dilemma is not by imposing tariffs and exhausting the manufacturing sector as Trump did.

A more appropriate course for the Biden administration, rather than antagonizing the allies, is to expand aid and rehabilitate workers who have lost their jobs under programs of commercial adjustment assistance, innovation law, and workforce opportunities.

According to the authors, the most important lesson that can be drawn from the failure of trade policy during Trump’s presidency, which experts have repeated since the “Smoot-Hawley” tariffs disaster in the 1930s, is that trade wars are not the most appropriate and cheapest solution, as tariffs on steel failed in the revival of the US steel industry has even caused costs to rise and export opportunities for US manufacturers reduced.

Even as the economic war with China continues, the restoration of trade relations with allies and the looming signs of growth through investment in infrastructure are a source of optimism for the recovery of the steel sector in the United States.