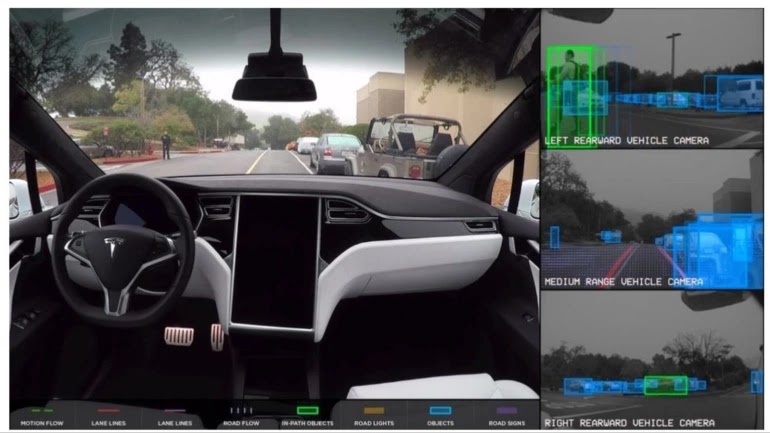 According to a federal contract reviewed by The Intercept, the US Customs and Border Protection has purchased technology that offloads large amounts of personal information stored inside cars, which illustrates the grave risks of connecting your car to your smartphone.

The contract – which was shared with the site by the Latin rights advocacy organization Mijente – shows that the US Customs and Border Protection Administration (CBP) paid the Swedish data mining company MSAB in exchange for a package of software, including 5 Berla Vehicle Forensic Toolkits.

A related document indicates that CBP believes that the software package will be “critical to CBP investigations, as it can provide evidence not only regarding vehicle use, but also information obtained through mobile devices associated with the information system and entertainment. “

The document says that the software suite “iVe” was the only tool available for purchase that could take advantage of these systems.

According to the statements of the founder of Berla, the danger of withdrawing data from cars is that many drivers are not aware of the fact that their cars know a lot of information about them, and it often includes very sensitive information that was inadvertently transferred from smartphones.

MSAB’s offerings promise policemen access to a wide range of sensitive personal information stored in infotainment consoles and many other computers used by modern vehicles.

MSAP claims that this data can include “recent destinations, bookmarks, call logs, contact lists, SMS text messages, emails, photos, videos, social media feeds, and navigation history of every place the vehicle has been in.”

MSAB is even promoting the ability to recover deleted data, and to “identify known partners and establish communication patterns between them.”

The group also says the group also has the ability to detect certain events that most car owners might not even realize until they are recorded, such as “when and where the car lights are turned on, which doors are opened and closed at specific locations, gear cycles, odometer reading, ignition cycles, and records, speed ​​and more, ” In other words, surveillance goes beyond the car itself.

IV is compatible with more than 20 types of vehicles, and is rapidly expanding acquisition and decoding capabilities, according to MSAP.

Civil liberties monitors say the Customs and Border Protection contract raises concerns that these types of extraction tools will be used more widely to circumvent constitutional protections against unacceptable searches.

“The extent to which CBP can benefit from such a contract is staggering,” said Mohamed Tajsar, a lawyer at the American Civil Liberties Union in Southern California.

When asked whether the company maintains any guidelines on the use of its technology, she said that the company “does not set a customer policy or a use policy.”

The contract with the Customs and Border Protection Office lasted from June of last year until February 28, 2021, and it was with the Agency’s “Forensic and Scientific Medicine Department”, laboratories and scientific services, and included training on how to use MSAP equipment.