His Net worth is $360 Million dollars. Which could allow him or anyone, and their future children to have whatever they want. But in reality Keanu Reeves is not like that. He is just lives like an ordinary man. He sits with normal people at normal places.

Keanu is very kind of gentle and humble human being. He uses public transportation and even gives up his seat to help the needy one.

Keanu is generous and loves helping the needy ones even if it’s little. He has donated over $100 million dollars to charity, he never mentions it tho.

But most importantly, he does not show it. He is low-key person, he hates showing off his wealth, status or how good he is.

In an interview when the host complimented him for his good deeds and he replied that” that’s ridiculous!”. He does not have any social media account (insta, fb, twitter etc). 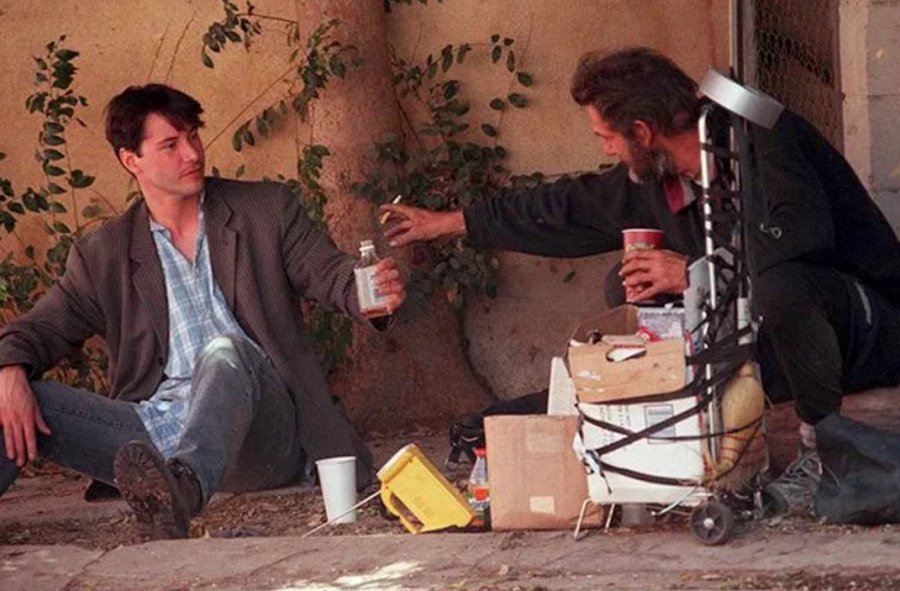 Keanu Reeves had tragic life in the past, life has kept punishing and testing him but it has never changed his behavior, his manners, his characteristics. He is not angry at the world the life has been unfair to him.

Keanu Reeves took that joke very lightly too. He really was sad, but it never changed his behaviour. He ‘s still the same. Sitting under the shade with homeless people, sharing meals and conversations with them. It’s not about right or wrong.

To him, it is the human thing to do and for him all humans are equal. Rich or poor, we are all equal. He once said, “Money is the last thing I think about. I could live on what I have already made for the next few centuries.”

There is too much left to tell you how good he is and all of this we know about him is because we get it from the internet but we don’t know how much he has done good off the camera.

Keanu Reeves is simply too good for the world and we need more people like him.